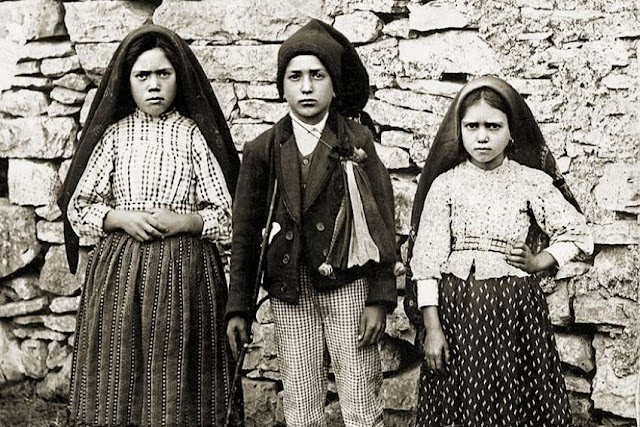 Today’s anniversary of the Fatima apparitions were celebrated in private at Shrine of Our Lady of Fatima in Portugal. It was the first time in the shrine was closed to the public on the anniversary since it opened in the middle of the twentieth century.

Of the six Marian apparitions marked on the Church’s liturgical calendar, the Virgin gave her most foreboding message to the Fatima seers. In 1917, three Portuguese children — Lucia dos Santos and her cousins Francisco and Jacinta Marto — reported a series of visions of the Virgin Mary, with each vision yielding an associated “secret.”

If you are not a Catholic or are not inclined to believe in apparitions, perhaps my credulous recounting of these “secrets” reads like the ravings of a lunatic. Such is the burden of faith. The Fatima story nevertheless captivates a great many people the world over, and has left an indelible mark on the country of Portugal.

The first secret revealed to the three children was a vision of Hell. As the late Sister Lucia recalled:

Our Lady showed us a great sea of fire which seemed to be under the earth. Plunged in this fire were demons and souls in human form, like transparent burning embers, all blackened or burnished bronze, floating about in the conflagration, now raised into the air by the flames that issued from within themselves together with great clouds of smoke, now falling back on every side like sparks in a huge fire, without weight or equilibrium, and amid shrieks and groans of pain and despair, which horrified us and made us tremble with fear. The demons could be distinguished by their terrifying and repulsive likeness to frightful and unknown animals, all black and transparent. This vision lasted but an instant. How can we ever be grateful enough to our kind heavenly Mother, who had already prepared us by promising, in the first Apparition, to take us to heaven. Otherwise, I think we would have died of fear and terror.

Other Marian apparitions make reference to eternal damnation, but few rival the vivid and terrifying imagery that Lucia recounts.

The second secret described a vision of an impending world conflict — assumed to be the Second World War — and a call to consecrate Russia to the Immaculate Heart of Mary.

The third secret, long a source of controversy in the Church, describes an apocalyptic scene in which an anonymous “bishop dressed in white” is assassinated. Sr. Lucia wrote:

The third part of the secret revealed at the Cova da Iria-Fatima, on 13 July 1917. I write in obedience to you, my God, who command me to do so through his Excellency the Bishop of Leiria and through your Most Holy Mother and mine.

After the two parts which I have already explained, at the left of Our Lady and a little above, we saw an Angel with a flaming sword in his left hand; flashing, it gave out flames that looked as though they would set the world on fire; but they died out in contact with the splendour that Our Lady radiated towards him from her right hand: pointing to the earth with his right hand, the Angel cried out in a loud voice: ‘Penance, Penance, Penance!’. And we saw in an immense light that is God: (something similar to how people appear in a mirror when they pass in front of it) a Bishop dressed in White (we had the impression that it was the Holy Father.) Other Bishops, Priests, men and women Religious going up a steep mountain, at the top of which there was a big Cross of rough-hewn trunks as of a cork-tree with the bark; before reaching there the Holy Father passed through a big city half in ruins and half trembling with halting step, afflicted with pain and sorrow, he prayed for the souls of the corpses he met on his way; having reached the top of the mountain, on his knees at the foot of the big Cross he was killed by a group of soldiers who fired bullets and arrows at him, and in the same way there died one after another the other Bishops, Priests, men and women Religious, and various lay people of different ranks and positions. Beneath the two arms of the Cross there were two Angels each with a crystal aspersorium in his hand, in which they gathered up the blood of the Martyrs and with it sprinkled the souls that were making their way to God.

Pope St. John Paul II, after surviving an attempted assassination in 1981, donated the bullet removed from his body to the Fatima shrine in Portugal. The bullet fragment was hammered into the crown atop the statue of the Virgin, where it remains today.

The Fatima story concluded with the storied Miracle of the Sun, an event which — at least to this wayward Catholic — gives reason to believe to the apparently unbelievable.