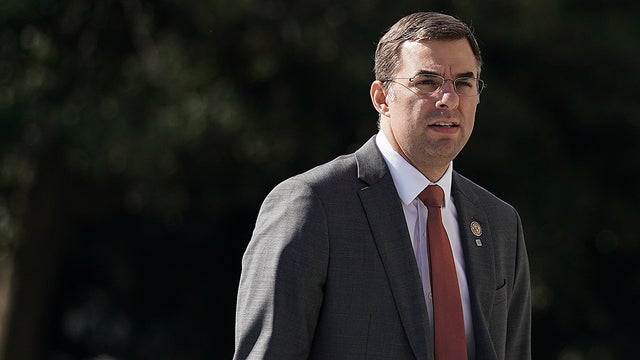 Rep. Justin Amash (L-Mich.) announced Saturday he will not run for president as a Libertarian, saying the circumstances do not “lend themselves” toward a successful third-party campaign.

“I’ve spent nearly three weeks assessing the race, appearing in media, talking to delegates and donors, watching the Libertarian Party’s convention plan unfold, and gathering feedback from family, friends, and other advisers,” Amash tweeted. “After much reflection, I’ve concluded that circumstances don’t lend themselves to my success as a candidate for president this year, and therefore I will not be a candidate.”

Amash maintained that a third-party candidate could contribute a fresh outlook on politics for American voters but said the intensely partisan atmosphere surrounding the 2020 race would hinder a successful Libertarian campaign.

“I continue to believe that a candidate from outside the old parties, offering a vision of government grounded in liberty and equality, can break through in the right environment. But this environment presents extraordinary challenges,” Amash said. “Polarization is near an all-time high. Electoral success requires an audience willing to consider alternatives, but both social media and traditional media are dominated by voices strongly averse to the political risks posed by a viable third candidate.”

Amash teased a third-party campaign late last month when he launched an exploratory committee to seek the Libertarian Party’s presidential nomination. The Michigan lawmaker, who formerly belonged to the Republican Party, had been toying for months with the prospect of launching a third-party White House bid.

Known as a conservative with an independent streak, Amash began souring on the GOP after President Trump’s inauguration, accusing the party of abandoning fiscal conservatism and turning a blind eye to “misbehavior” to appease the president.

His national profile steadily rose with his increasingly vocal barbs against the president and some of his House colleagues, which came to a head when he said he would back Democrats in their impeachment effort and left the Republican Party.

“This president will be in power for only a short time, but excusing his misbehavior will forever tarnish your name. To my Republican colleagues: Step outside your media and social bubble. History will not look kindly on disingenuous, frivolous, and false defenses of this man,” Amash said before supporting the House’s impeachment resolution in October.

If he had run, Amash easily would have been the highest-profile third-party candidate in the race, with no candidate thus far this cycle enjoying the name recognition of the Green Party’s Jill Stein or the Libertarian Party’s Gary Johnson in 2016.

Amash expressed concerns over the Libertarian Party’s organizational footing in the 2020 race, citing struggles to get on the ballot in all 50 states in November and unity around an ultimate nominee. However, he said he was optimistic about Libertarian candidates’ chances down the ballot and said will help the party make electoral gains.

“I’ve been speaking directly to delegates about this opportunity for only a short time, but these conversations have solidified my belief that the Libertarian Party is well positioned to become a major and consistent contender to win elections at all levels of government,” he said. “I remain invested in helping the party realize these possibilities and look forward to the successes ahead.”

Amash’s decision frees him up to focus on reelection in his Michigan House district, which the GOP is eager to flip. The Cook Political Report, a nonpartisan election handicapper, rates Amash’s seat as “Lean Republican.”