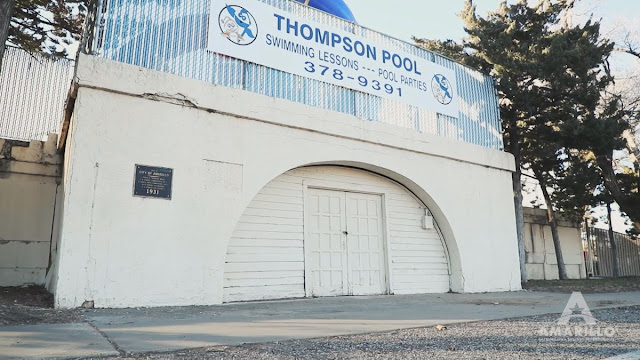 On Tuesday, the Amarillo City Council voted 4-1 to issue Certificates of Obligation in the amount of $7,953,075 to build a new public swimming pool at Thompson Park.

“It’s not scheduled to be opened this summer, because we’re just starting to build it. But I do think it’s relevant if we don’t start now, we won’t have it ready for next summer.

"This is the second summer we’ve not had a pool in Thompson Park, and I recognize COVID brings uncertainty, but if we don’t do this now, then we will be, again, too late to have started construction for a pool to be open this time next year," Mayor Ginger Nelson said.

Amarillo city councilwoman Freda Powell said the Thompson Park Pool was a project that the council needed to follow through on.

“I, too, have received several comments from different citizens, not only in north Amarillo, but in southwest Amarillo, that are in support of moving forward with the Thompson Park Pool.

"The residents in north Amarillo feel at a disadvantage on a lot of different projects," Powell said.

The lone vote cast against the project came from Amarillo city councilwoman Elaine Hays. Hays cited concerns from citizens about an increase in property taxes during the current economic situation caused by the COVID-19 pandemic.

“I have a lot of citizens reaching out to me, and the majority of the feedback I’ve received has been ‘We’re totally on board with the Thompson Park Pool, but the timing with everything that’s going on, we don’t want property taxes going up in the midst of all of this.

"We’ve had to put a lot of projects on hold right now. With a heavy heart, I will not be supporting the issuance of COs,” Hays said.

Thompson Park Pool was the oldest pool in the city, constructed in 1931. The pool, which underwent several repair and renovation projects through the decades, was closed in December 2018 when the pool was declared no longer safe for public use.