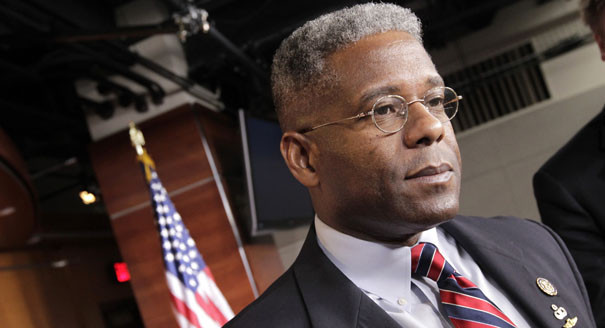 “Please pray for Allen West. He is in Emergency and his motorcycle has been hit outside of WACO. On my way to hospital now,” Angela Graham West wrote in a Facebook post.

According to law enforcement on the scene, a car cut West off, resulting in two motorcycles colliding, one of which was his. West was transported by helicopter to the hospital, where he is currently in stable condition and undergoing assessment.

West, a retired U.S. Army lieutenant colonel, is running for chair of the Texas Republican Party.

"I have just learned that Allen West has been in a motorcycle accident outside of Waco and is in the emergency room," Dickey wrote in a statement on Facebook. "I ask you to join me and my family in praying for him and his family."

“Please join me in sending prayers for a quick recovery,” Bush said on Twitter.