All eyes watching as Texas begins to reopen 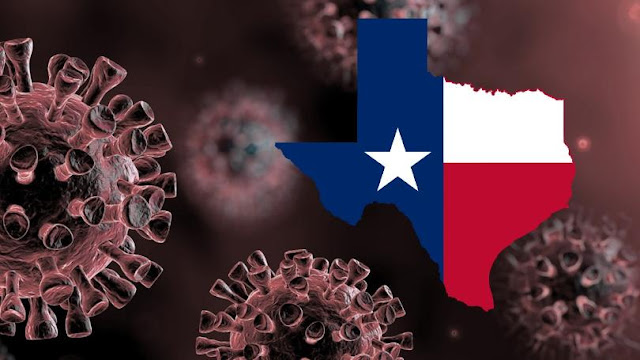 Texas will begin to reopen an economy shuttered by the coronavirus pandemic on Friday, an event with outsized implications in the political world given the Lone Star state’s importance to both political parties.

Restaurants and retailers will begin to open under an order from Gov. Greg Abbott (R), whose directive will override local coronavirus lockdown orders.

The order has hit a political nerve in Texas, which is increasingly divided between Democratic cities and Republican rural areas.

Republicans are generally more supportive of efforts to reopen, and Democrats calling for what they say should be a more cautious, science-based approach.

It has the potential to play out in November, where Democrats are hoping to be competitive in Texas in the presidential race. Sen. John Cornyn (R-Texas) is also up for reelection, and the state will host a number of competitive House races that could help determine the next majority.

“This is going to be the defining issue,” Abhi Rahman, communications director for the Texas Democratic Party, said of the coronavirus and the decision on reopening. “Health care in general is the number one issue for Texas Democrats and Texans across the board at every level of government.”

Democrats want to tie Republicans down-ballot to Trump, and argue the party downplayed the virus and now is mismanaging the recovery.

“The fact that they’re opening up so early shows they still haven’t taken this seriously, and don’t understand the consequences of this,” Rahman said.

Republicans say they will hit Democrats for politicizing the health crisis.

“Democrats have spent, since minute one, focused on how they can take advantage of this opportunity that coronavirus presents for them to drastically change the political landscape,” Texas Republican Party Chairman James Dickey said. “Texas voters will be as repulsed by that as they should be.”

While the state is still considered majority Republican, the mayors of Dallas, Houston, and Austin are all Democrats, and the mayor of the state’s second largest city, San Antonio, is an Independent.

Cornyn is the favorite in his Senate race, but Democrats are favored to pick up a couple of GOP seats where the demographics have been trending away from Republicans.

Republicans say Abbott is making the right decision given the economic toll the pandemic has taken on the state. In Texas, 1.5 million people have filed for unemployment over the last six weeks, with 254,199 of those claims coming last week.

They argue that voters trust their party on the economy, and that a coronavirus-fueled recession won’t change that dynamic.

“The winning message has to be a balance between of course our priority has to be keeping everyone safe and taking every precaution and protected measure we can,” said David Polyansky, the former chief of staff and adviser to Sen. Ted Cruz (R-Texas). “But as Republicans, we’ve got the game plan, we’ve got the experience, we’ve got the record of getting us to this point [on economic gains], and incrementally growing our economy right back to where it was.”

Abbott has also taken heat from some in his own party for what they say was an unnecessarily harsh stay at home order, even as he also came under pressure from public health experts for not doing more sooner.

“On the one hand, the governor is getting beat up by some by not going far enough in their view by opening things up, and then from others like some of these mayors, he’s gone too far,” said Polyansky.

The governor is also facing pushback from major cities that had imposed their own restrictions.

Austin Mayor Steve Adler (D) in early March canceled the SXSW Festival, which typically brings thousands to the state, and later issued a stay at home order for his city. Adler also released regulations that would impose fines on residents not wearing masks in stores. The cities of Dallas, Houston, El Paso, and San Antonio also put out stay at home orders for residents last month.

Abbott’s decision to reopen the state overrides these orders.

“The governor has made a decision and, under Texas law, he has the final say in these matters, so now it is incumbent upon all Texans to ensure that this plan is successful,” Dallas Mayor Eric Johnson (D) said in a tense statement.

“Dallas residents and local leaders have worked hard to flatten the curve of COVID-19's spread, and we must continue our commitment to social distancing practices, good hygiene, protecting our vulnerable populations, and doing all we can to increase testing and contact tracing.”

As of Thursday, Texas had 27,000 confirmed COVID-19 cases, mostly in the state’s larger cities. The outbreak appears to have plateaued, with an average of 852 new cases confirmed daily in the past week.

It’s almost a given that the number of cases will increase when businesses reopen, but by how much depends on how aggressive Texas is with testing and tracing contacts of confirmed cases, said Rebecca Fischer, an assistant professor of epidemiology and biostatistics at the Texas A&M School of Public Health.

“We are going to see the number of cases increase. That’s generally expected, even by the governor, but we need to monitor them and really aggressively pursue any local outbreaks that happen, monitoring nursing homes, hospitals, prisons, any potential pockets that could serve as a source of transmission within the community,” she said.

Abbott’s plan to is to gradually increase the amount of contact tracers to 4,000 by May 11 and to “ramp up testing” in order to “box in” the virus.

Texas so far has only tested about 1.1 percent of its population, and ranks near the bottom in testing per capita, compared to other states. Lack of testing has been a nationwide issue, due to a global shortage of supplies.

“I think we can safely say we don’t have sufficient capacity. We’re not doing enough tests,” Fischer said.

She said she thinks a phased reopening is the right approach, but it is unclear whether Abbott’s strategy is the right one. Abbott said businesses could increase their capacity to 50 percent as soon as May 18 if the state sees two weeks with no flare-ups.

Fischer noted two weeks is a “really tight window,” because someone infected in the second week might not know they are sick until week three.

That is why it is so important to remind people to follow social distancing measures, she said, including staying at least 6 feet away from people outside their households, washing your hands often, and covering your mouth and nose when in public.

“We certainly could see another wave and that could be a very sharp increase or a gradual increase, depending on who is infected, and what pattern that strikes from when disease starts to spread, if it does, throughout the community,” Fischer said.