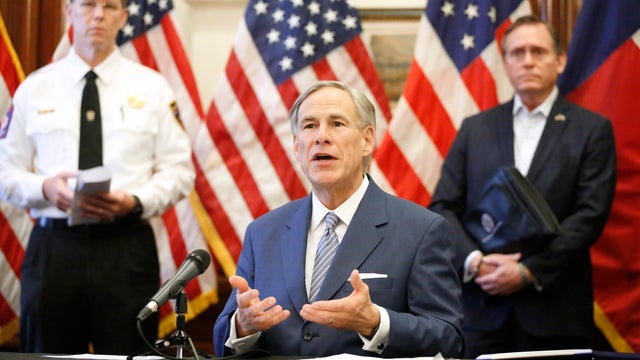 Texas Gov. Greg Abbott (R) announced Thursday he would amend the state's stay-at-home order to remove jail time as a possible punishment for residents who defy the measure.

“Throwing Texans in jail whose biz's shut down through no fault of their own is wrong,” the governor tweeted. “I am eliminating jail for violating an order, retroactive to April 2, superseding local orders.”

A day earlier, Abbott had ordered the release of Shelly Luther, a Dallas salon owner sentenced to seven days in jail for defying a restraining order closing her business.

“As I have made clear through prior pronouncements, jailing Texans for non-compliance with executive orders should always be the last available option,” Abbott said in a statement Wednesday. “Compliance with executive orders during this pandemic is important to ensure public safety; however, surely there are less restrictive means to achieving that goal than jailing a Texas mother.”

"The defiance of the Court’s Order was open, flagrant and intentional," Judge Eric Moyé wrote Tuesday. "The Defendants, although having been given an opportunity to do so, have expressed no contrition, remorse or regret for their contemptuous action."

The statewide stay-at-home order expired on April 30, but restrictions in Dallas extend through May 15.

Numerous Texas Republicans had spoken out against Luther’s jailing, including Attorney General Ken Paxton, who called it a “shameful abuse of judicial discretion.”

Rep. Dan Crenshaw said on Twitter that “small-minded ‘leaders’ across the country have become drunk with power,” and Sen. Ted Cruz tweeted “Bravo” in response to Paxton’s call for Luther's release.