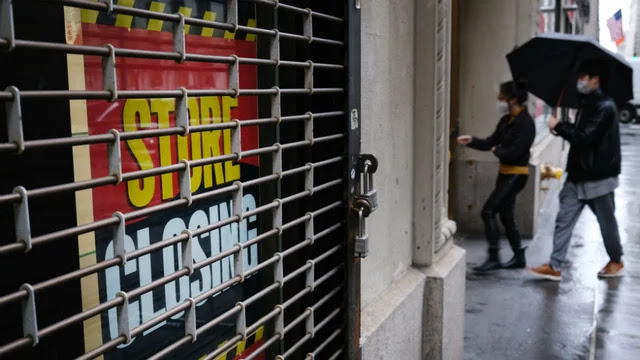 Another 2.4 million Americans filed new claims for unemployment insurance last week as the U.S. suffers through the highest level of joblessness since the Great Depression, according to data released Thursday by the Labor Department.

Thirty-five states also reported 2,226,921 initial claims for Pandemic Unemployment Assistance, an expanded benefits program for workers who lost their jobs because of the coronavirus outbreak but do not qualify for unemployment insurance.

Last week is also the eighth consecutive week that saw at least 2 million Americans file initial unemployment claims since the spread of COVID-19 forced thousands of businesses to lay off workers.

The economy has lost at least 21.4 million jobs since March as the unemployment rate soared to 14.7 percent, according to the Labor Department, and economists expect the damage to continue to climb much higher.

Federal Reserve Chairman Jerome Powell said last week that unemployment could reach 25 percent — its peak during the Great Depression — by the end of June and could take until the end of 2021 to fully recover. The Congressional Budget Office projected unemployment to peak at 15.8 percent next quarter and drop to 11.5 percent at year's end, remaining well above the 10 percent peak during the Great Recession.

Powell and a slew of economists have warned that without further fiscal support, the U.S. economy could suffer long-term damage that prevents the country from a steady and robust recovery from the pandemic. While Democrats have long called for another fiscal stimulus bill, GOP leaders are facing growing pressure from the rank and file, particularly vulnerable Republicans senators facing reelection this year, to come to the table.