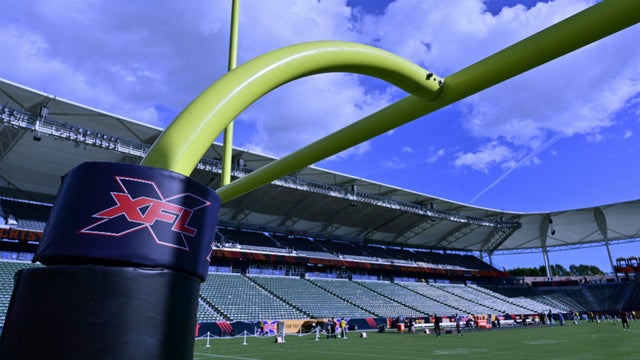 The XFL filed for bankruptcy and will not return for the 2021 season, according to a Chapter 11 filing on Monday.

The coronavirus pandemic has wreaked havoc on sports across the world. Almost all major American sports saw their seasons postponed or canceled last month as the outbreak spread across the country, prompting stay-at-home orders in most states.

The XFL saw mixed results after launching the season in February. Attendance approached 20,000 people per game across the league's eight teams, with ratings relatively strong out of the gate. But those numbers faded as the season moved on.

On March 12, the league said it had decided not to finish its season after many other sports leagues suspended play.

The NFL is scheduled to hold a "fully virtual" draft later this month. The league plans to start its regular season in early September as scheduled and play the games in front of fans, league officials said on a conference call last week, according to NFL.com.

Other major sporting events that have been postponed include the Kentucky Derby in early May and the 2020 Summer Olympics in Tokyo this summer.

McMahon had previously launched the XFL in 2001, but it folded after just one season.