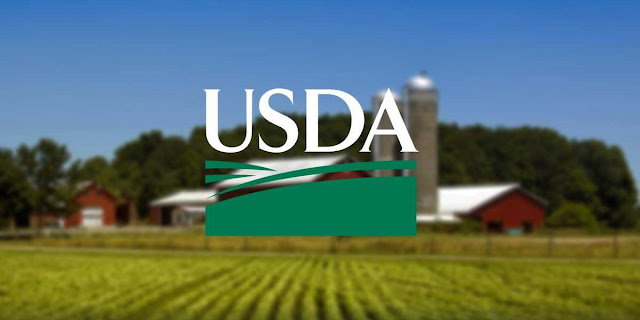 Experts stressed that the food supply was safe now. But they also pointed to growing challenges for the USDA as food industry workers fall sick and inspectors scramble for limited resources, questioning whether officials responsible for food supply safety are ready for the task at hand.

Experts noted that the USDA's Food Safety and Inspection Service has recalled only one product over the last two months. On Feb. 8, a product from the Family Traditions Meat Company was recalled due to misbranding. But there were no other recalls until two months later on April 10, when the USDA recalled chicken bowls from Conagra Brands over possible foreign matter contamination and pork products from Jowett Farms for missing some inspections.

Recalls, though, were flowing in regularly before February, with five in January, four in December, four in November, and three in October.

Experts were careful to note that there were no signs food safety has been compromised during the pandemic but urged officials to stay vigilant and found the gap in recalls puzzling.

“I do think that it is unusual that there were no recalls during that time frame,” said Donald W. Schaffner, a professor of food microbiology at Rutgers University.

“COVID-19 has been a distraction," Schaffner added, but cautioned that the pandemic "has probably not directly impacted food safety yet.”

Benjamin Chapman, food safety extension specialist at the North Carolina State University, agreed that the outbreak could be a distraction, with people off work or at home and more resources being devoted to the immediate pandemic response.

“Since COVID-19 is such a huge focus for everyone, not just the food industry, I can see how we all might be a bit distracted from the normal day-to-day operations of the food system," Chapman said. "But I would say that in the short term the distractions are likely not leading to changes in food safety."

Still the lack of recalls comes at a troubling time as concerns about food safety grow. Those worries have gained attention in recent days with the closing of meat processing plants where workers have contracted the coronavirus. Pork processor Smithfield Foods closed two more plants, one in Cudahy, Wis., and one in Martin City, Mo., this week and a worker from its closed Sioux Falls, S.D. facility died. Two employees of Tyson Foods’ Columbus Junction, Iowa, pork processing plant have also died.

The risk from the coronavirus will make it harder for USDA inspectors to continue their work even at operating processing plants, experts said.

As the coronavirus outbreak intensified in the US in March, the agency said in a statement that it would "ensure that grading and inspection personnel are available."

“It is more important than ever that we assure the American public that government and industry will take all steps necessary to ensure continued access to safe and wholesome USDA-inspected products,” the statement added.

USDA officials wrote a letter to stakeholders that same month saying that the department "remains committed to working closely with industry to fulfill our mission of ensuring the safety of the U.S. food supply and protecting agricultural health.”

Another food safety agency, the FDA, has also seen its resources stretched with the outbreak and scaled back some routine inspection work to protect inspectors.

“At USDA, we are committed to ensuring the food supply chain remains safe and secure. USDA’s Food Safety Inspection workers are on the front line, day in and day out, to make sure our food is safe,” a USDA spokesperson said. The department did not respond to specific questions about the two-month break in any recalls.

The spotlight on the agency and its work is certain to intensify, particularly if more food service workers fall ill.

Experts were hesitant to sound the alarm on the two-month gap in recalls, noting the many factors go into determining food recalls, but acknowledged the challenges facing the USDA.

"On the one hand, it could be that there are fewer reports of product withdrawals or recalls because industry members are doing a better job of safely processing the food they put out in the marketplace," said Richard Blau, chair of alcohol, beverage and food law at Gray Robinson. "On the other hand, a reduction in reported recalls may be the product of government budget cuts and regulation rollbacks that have resulted in fewer food facility inspections, the retrenchment of government oversight, and our reliance on industry to self-police.”

“I don’t think consumers should be too worried about the reduction of recalls. I think there’s typical ebbs and flows,” said Brian Ronholm, director of food policy at Consumer Reports.

Food recalls in the U.S. have become more common in recent years. The total number of recalls increased by 10 percent between 2013 and 2018, and there were 905 recalls in 2016, Time reported.

There are three levels of recalls, level one being an urgent public health risk, two indicating that a person was sick but not a life-threatening illness, and three meaning that there was misbranding or incorrect labeling.

Experts worried about oversight with the new challenges from the pandemic.

Chapman said that there is no need to worry about the drop in recall actions.

“A blip in recalls aren’t really an indicator that food is getting less safe," Chapman said, but added "it’s something to look at."

Martin Wiedmann, a food scientist at Cornell, said the lack of recalls could be due to a number of factors other than any fault of the USDA. One explanation could be that there are fewer food safety reports for the agency to investigate.

The closing of restaurants, schools and other venues also eliminate another source of information about potential food problems.

“There’s been a tremendous amount of change happening with food distribution systems,” Wiedmann said. “A lot of things have to come together [for a recall] and any time you disrupt one thing in that system, things are not going to be the same.”

“FDA and USDA are spending a lot of time on COVID-19 too and they don’t have people sitting around. Could that also add to it? ... We have an extremely stressed system and the same system that deals with COVID-19 usually deals with that,” Wiedmann said.

But as officials deal with the challenges of the outbreak, Ronholm said that in the end, consumers also had a part to play.

“Consumers have to make sure that they’re practicing some safe food handling practices at home,” he said. “Washing their hands and separating fresh product from raw product, minimizing their risk as much as possible.”