U.S. should be getting back on track in the near future 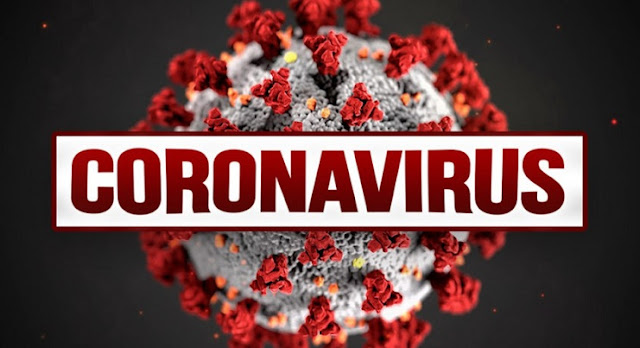 The general sense is that several Asian nations have handled the threat of the coronavirus more effectively than the United States has, through a variety of different decisions: an earlier response, much more widespread testing, much more widespread use of masks, strict home quarantines, and cell-phone tracking and other invasive tracking measures that some Americans would likely oppose.

But some unnerving new reports indicate that even the Asian countries don’t have this virus beaten, and are seeing new flare-ups.

In Japan, Hokkaido prefecture announced a new state of emergency, about a month after it lifted the previous state of emergency. Singapore just had its biggest jump in a day, an outbreak that is believed to be linked to migrant workers. Governments in Taiwan and Hong Kong believe that their recent surges are driven by travelers returning home. Even if you believe that all of China’s official numbers are wildly inaccurate, on Sunday the Chinese government reported the highest number of new cases in five weeks. Even if that regime is downplaying the severity of the outbreak, they’re either downplaying it less or adjusting their numbers to acknowledge an indisputably growing number of cases.

The upshot is that no government on earth has figured out just the right way to balance the reopening of their economy with reducing the spread.

The debate about how long to continue the current measures, and when to “reopen” the economy operate on the assumption that there is some sort of happy medium that allows more Americans to get back to work, while minimizing the risk of a faster spread that overwhelms ICU beds and hospitals. U.S. policymakers may soon have to confront the really dire scenario, that there is no happy medium — that changes designed to increase economic activity (and human interaction) will inevitably increase the number of cases in a bad way, and that there is no way to keep the pace of the spread slow really economically destructive quarantine measures.

There is this probably particularly American mentality that if we just study a problem long enough, and are somehow smart enough, we will inevitably discover some option that creates a win-win scenario that avoids both the terrible health consequences (more infections and more deaths) or the terrible economic consequences (a depression that forces all kinds of businesses large and small into bankruptcy). The coronavirus may be presenting the countries of the world with a no-win situation.

The debate over reopening the economy has heated up. Good. We need to reopen soon.

The shutdown was the right thing to do. Morally, society should provide a preferential option for the most vulnerable. In this case, the most vulnerable are those at greatest risk from the virus. The shutdown made special provision for them. And shutting down was the right economics as well. So far, shutting down has surely preserved more of the nation’s productive capacity than has been lost in income by workers and businesses.

But a shutdown this severe must be short. In my latest Bloomberg column, I offer six additional principles to guide the debate as the U.S. finds its way to a concrete plan for reopening.

(1) We need to decide our goals. Should the objective be to stamp out the virus? That new cases be steady or declining? To have as much economic activity as possible, provided that hospitals are able to handle the number of sick patients? To have as much normalcy in daily life as possible, provided the share of vacant ICU beds is above some threshold? By those latter metrics, we could be at least partially reopening some major cities soon.

(2) Policymakers need to be comfortable discussing the trade-off between lives and economic outcomes. Different goals and metrics have different implications for this trade-off, and the decision to reopen faster would likely result in more coronavirus cases.

(3) We will need to act without having all the necessary information. In particular, an adequate testing regime may not be up and running. Of course, Congress should do whatever it can to get testing on track. But its absence can’t block the economy from restarting — public sentiment may not be that patient. That’s why we need other metrics.

(4) A regional opening strategy can depend on governors, despite the president’s protestations.

(5) Accept the ebbs and flows of progress. Progress will likely not be linear. Say our metric is hospital capacity. If hospital beds start filling up at a rapid rate in a particular region of the country, say, during the fall, then public-health measures should ramp up social distancing in that region on the least critical parts of economic and social life first.

(6) Congress should be prepared to continue its attempts to rescue the economy over the longer term. We could have elevated unemployment for a while, even if we see the unemployment rate falling rapidly.

Other countries are reopening in a gradual way that could build confidence. In Austria, small shops will resume normal activity on this week, larger stores on May 1, restaurants, hotels and schools in the middle of next month, and public events can resume in July. In Denmark, nursery and primary schools might open this week. Professional baseball teams in South Korea are playing intra-squad games with an eye toward starting the official season in early May. Some shops in the Czech Republic have already been allowed to reopen. Kindergartens in Norway will be back next week.

The U.S. should be getting back on track in the near future.