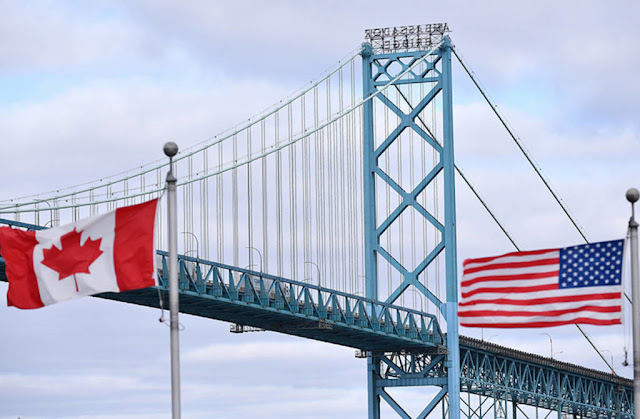 The U.S.-Canada border restrictions will be extended for another 30 days as both countries continue to grapple with the coronavirus pandemic, Canadian Prime Minister Justin Trudeau announced Saturday at a press briefing.

"This is an important decision and one that will keep people on both sides of the border safe," Trudeau said.

The restrictions took effect on March 21, banning any nonessential travel between the two countries. The U.S. has similar restrictions with the southern border, which allow trade to continue but have slowed down passenger traffic in ports of entry that are typically very busy.

As of Saturday, Canada has reported 30,000 cases of infection and 1,250 deaths from COVID-19. New York and Washington, two of the U.S. states that have been hit hardest by the virus, share a border with Canada.

Trudeau said on Thursday that the border between Canada and the U.S. likely won't reopen to nonessential travel anytime soon as the coronavirus outbreak continues to spread.

"There’s a recognition that as we move forward there will be special thought given to this relationship," Trudeau said at a daily briefing. "But at the same time we know that there is a significant amount of time still before we can talk about loosening such restrictions."

When asked about potentially relaxing border restrictions with Canada on Wednesday, President Trump said that "our relationship with Canada is very good" and "we’ll talk about that."

“It will be one of the early borders to be released. We’re doing well. We’ll see. But at some point, we’ll be doing that,” Trump said.