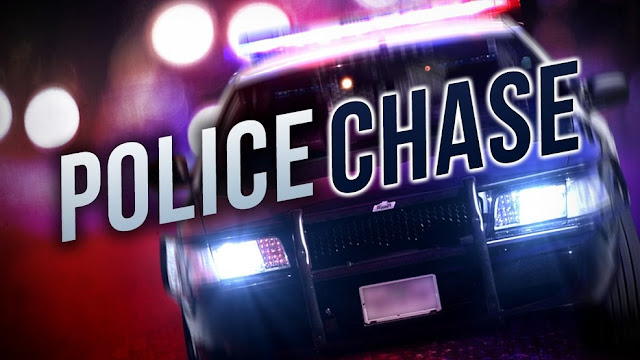 Early Monday afternoon, Amarillo police officers had information that Noah Rendon, 28, was driving a Lexus SUV. Rendon had a parole violation warrant for his arrest.

Officers located the Lexus at East Amarillo Boulevard and North Arthur Street and initiated a stop on the vehicle. The driver refused to stop, and a chase ensued through north Amarillo, east Amarillo, and then into south Amarillo, involving multiple agencies.

Rendon struck a residence in the 4300 block of south Lipscomb with the SUV before he and Katelyn Clark, a 21 year old female, exited and ran on foot. The vehicle continued forward striking a truck across the street.

Both of the suspects ran into a residence in the 4400 block of south Lipscomb, where they were apprehended.