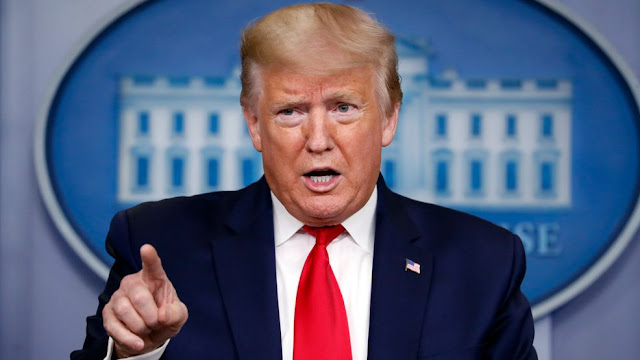 President Trump on Monday said he will sign an executive order to temporarily suspend immigration into the United States amid the coronavirus pandemic, a move that is likely to draw prompt legal challenges.

"In light of the attack from the Invisible Enemy, as well as the need to protect the jobs of our GREAT American Citizens, I will be signing an Executive Order to temporarily suspend immigration into the United States!" Trump tweeted.

The order would mark an extraordinary use of executive power by Trump, who hours earlier was speaking optimistically about the ability of certain states to begin reopening their economies despite the threat of the virus.

The suspension of all immigration would serve as an extension on the travel restrictions the Trump administration has already imposed on most of Europe, China, Canada, Mexico, Iran and South Korea.

It's unclear if Trump made other nations aware of the decision before tweeting it out, but his past attempts to clamp down on immigration have led to chaos abroad and at U.S. airports. Trump's tweet also did not provide details on when the suspension would go into effect or how long it would last.

The White House did not immediately respond to a request for comment on Monday night.

Trump has spent much of his presidency pushing to restrict immigration into the U.S. He has pushed for construction of a border wall, implemented policies that limit which migrants can apply for asylum and overseen the separation of families who cross into the country illegally.

The decision to suspend all immigration is also sure to draw fury from Democrats and immigrant rights groups, some of whom argue the president has continued to push controversial parts of his agenda even as the coronavirus pandemic receives the bulk of public attention.