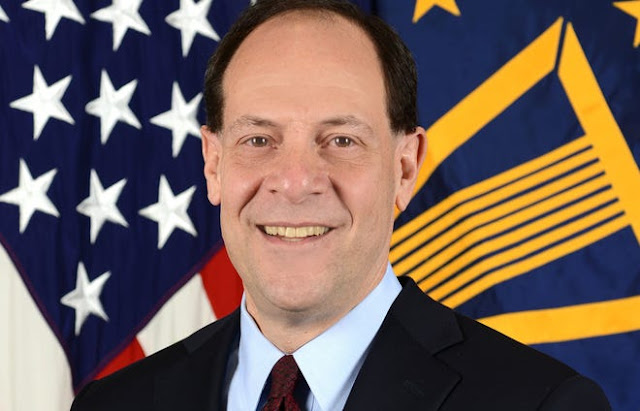 President Trump has replaced the Pentagon’s top watchdog a week after he was named to lead a committee charged with overseeing the $2 trillion coronavirus relief package.

Glenn Fine, who has served as acting Pentagon inspector general since 2016, will go back to being the principal deputy inspector general and will no longer lead the coronavirus relief oversight panel, his office said Tuesday.

The EPA IG’s office similarly said that O’Donnell “is filling both roles for now” and that “no changes are expected at the EPA OIG.”

Fine “remains focused and committed to the important mission of the DoD OIG,” Allen added.

The move also means that Fine is no longer on the Pandemic Response Accountability Committee, she said.

The panel of inspectors general was created by the $2.2 trillion stimulus bill Congress passed last month to audit and investigate implementation of the bill.

Fine was appointed as chairman of the committee last week, a move that won praise across the political spectrum

“Glenn Fine has a good reputation as a tough federal prosecutor and former [Department of Justice] Inspector General, and must exercise his full oversight authority to ensure that the Trump administration implements the CARES Act as intended,” Senate Minority Leader Charles Schumer (D-N.Y.) said in a statement last week.

The move follows several steps Trump has taken to combat oversight of the bailout fund. After signing the relief package into law last month, the president issued a signing statement saying he would not allow the special inspector general for the relief program to report to Congress without his supervision.

And last week, he nominated one of his own White House lawyers, Brian Miller, for the special inspector general position.

O’Donnell has served as EPA inspector general since he was confirmed by voice vote in December. Prior to that he was a trial attorney in the criminal division of the Department of Justice.

Abend, who Trump nominated to take on the Pentagon inspector general post full time, is currently a senior policy adviser at U.S. Customs and Border Protection and was previously a special agent in the inspector general offices of the Federal Housing Finance Agency and the Department of Housing and Urban Development.