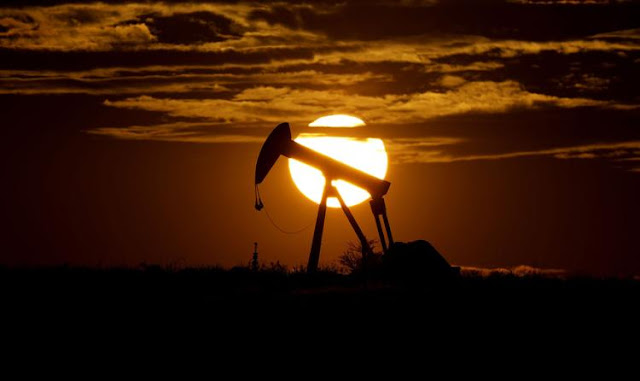 Within a day of oil futures crashing to their lowest level in history and the West Texas Index plummeting by 90 percent, President Donald Trump pledged Tuesday to help the industry that was booming before the Russian-Saudi oil war and the coronavirus shutdown caused massive furloughs and well and rig closings.

“We will never let the great U.S. Oil & Gas Industry down." Trump tweeted Tuesday. "I have instructed the Secretary of Energy and Secretary of the Treasury to formulate a plan, which will make funds available so that these very important companies and jobs will be secured long into the future!”

In March alone, the oil and gas industry shed 9 percent of its workforce, nearly 51,000 drilling and refining jobs, nationwide.

Those losses increase by another 15,000 when ancillary jobs in the oil business are included in the count, BW Research Partnership, a research consultancy, found. The ancillary jobs range from construction, to manufacturing of drilling equipment and shipping the equipment. The company analyzed U.S. Department of Labor data in conjunction with its own survey data from about 30,000 energy companies to reach the estimate.

“At a minimum we will let people store … and charge for it,” Trump told reporters at the White House Monday. “If we could buy it for nothing, we are going to take everything we can get. The only thing I like better than that is when they pay you to take the oil, but that’s a short-term squeeze, you understand that, so I don’t think you’re going to see that.”

“It’s a good time to buy oil and we would like to have Congress approve it, so instead of just storing it for usually the big companies, because I think we have 75 million gallons right now capacity,” he said. “That’s a lot. So we are going to get, either ask for permission to buy it or we’ll store it. One way or the other it will be full.”

Trump was referring to a plan proposed by the U.S. Department of Energy, which compensates companies that halt oil production by buying their untapped crude reserves to add them to the emergency stockpile. The federal government buys the oil locked underground and asks producers to not extract or deliver it. This plan allows for a “keep-it-in-the-ground” approach for oil reserves.

Federal law authorizes the Energy Department to set aside as much as 1 billion barrels of oil for emergencies. So far, the agency has used roughly two thirds of its capacity. Crude oil is already stored in a complex of salt caverns along the Gulf Coast.

Despite the market crash and the oil war, the U.S. remains the largest oil producer in the world. Since 2018 – for the first time since 1973 – the U.S. began producing more oil than both Saudi Arabia and Russia. With Texas at the epicenter of the U.S. shale boom, and ongoing production in the Permian Basin of West Texas, the U.S. Energy Information Agency predicts the U.S. will continue to lead in oil production for some time.