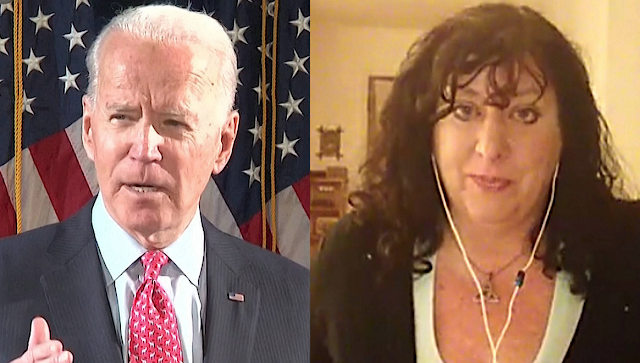 Top Democrats are defending former Vice President Joe Biden against allegations made by Tara Reade, a former aide who says the then-senator sexually assaulted her in 1993.

Two powerful Democratic women – Sen. Kirsten Gillibrand (D-N.Y.), a former rival to Biden for the Democratic presidential nomination, and Stacey Abrams, a top candidate to be Biden’s running mate, have come to Biden’s defense, saying that women have the right to be heard but that they do not believe Reade’s allegations against Biden.

“I know Joe Biden and I think he’s telling the truth and this did not happen,” Abrams said on CNN.

The Biden campaign has denied the allegations, although Biden has not addressed the matter himself.

The issue is a difficult one for Democrats in the “Me Too” era, who set a standard of “believe all women” in allegations directed toward President Trump and Supreme Court Justice Brett Kavanaugh.

Reade first accused Biden of sexual assault more than a month ago and the story has largely been promoted online by Biden’s critics on the left, with some allies of Sen. Bernie Sanders (I-Vt.) calling on him to end his bid for the White House.

Mainstream news outlets took greater interest in the story this week after a former neighbor of Reade’s came forward to say that Reade told her about the allegations at the time.

Senate Majority Leader Mitch McConnell (R-Ky.) has claimed a double standard in the way Democrats and the media have been slow to respond to Reade’s allegations, compared to the coverage of charges made against Kavanaugh during his confirmation hearings.

Sexual assault advocacy groups say they take the allegations against Biden seriously, raising the likelihood that Biden will have to address the matter himself at some point.

“We appreciate that some in the media have taken Tara Reade’s allegations seriously and urge that they be investigated fairly and rigorously,” said Heather Drevna, the vice president of communications for the Rape, Abuse and Incest National Network. “We also call on Vice President Biden to address the allegations directly and to fully cooperate in an investigation.”

Reade is one of several women who accused Biden last year of inappropriate touching. Biden apologized to the women and said he would adjust his behavior.

Last month, Reade said for the first time in public that Biden had also sexually assaulted her in a secluded place on Capitol Hill in 1993. She is the only woman to accuse Biden of assault.

Gillibrand, who was one of the first Democrats to demand that Sen. Al Franken (D-Minn.) resign from Congress after pictures surfaced of him pretending to grope a woman, said she believes Biden is telling the truth.

“I stand by Vice President Biden,” Gillibrand said. “He has devoted his life to supporting women, and he has vehemently denied this allegation.”

The defense mirrors talking points the Biden campaign distributed to its surrogates, which were described to The Hill.

Allies have been instructed to note that in Biden’s 40 years in public life, this is the only accusation of its kind. The talking points say that women have a right to be heard, but that these specific allegations are false. They point to Biden’s work on landmark legislation such as the Violence Against Women Act.

Abrams has pointed to a New York Times story about Reade’s allegations, saying it proved the incident “did not happen.” The Times fired back on Wednesday, saying the talking point “inaccurately” describes its story and that the paper did not come to a conclusion one way or another.

Sens. Amy Klobuchar (D-Minn.) and Kamala Harris (D-Calif.) have also defended Biden, as has Michigan Gov. Gretchen Whitmer (D). All of the women are potential vice presidential candidates, but their defenses came before Reade’s neighbor came forward to say she was told about the claims.

Biden’s allies are split over the best way forward.

One Biden ally said the campaign has addressed the Reade allegations sufficiently.

Basil Smikle, a Democratic strategist who served as the executive director of the New York state Democratic Party, said Biden “should address it now since we can assume that Republicans will call us on it until Election Day.”

Claire Sandberg, national organizing director for the Sanders campaign, said on Twitter on Tuesday that the allegations are a ticking time bomb for Democrats heading into the fall.

“Now is the time to deal with the ramifications of Tara Reade's accusations, not this fall,” she said. “There is simply no moral justification for Biden to continue as the presumptive nominee. Out of respect for survivors and for the good of the country, he should withdraw from the race.”

Sanders has endorsed Biden and is working to get him elected president, but the left-wing media in his corner has been a driving force behind keeping the story in the news.

Some Democrats are worried about a potential media frenzy developing around the story, fearful that the claims will hand the election to Trump. There are worries that the allegations will be framed in a way that puts Biden on the same footing with Trump, who has faced allegations of assault or misconduct from nearly two dozen women.

Survivor advocates say that’s not the right lens through which to view Reade’s claims.

“Sexual violence is not something we get to use as a wedge or cudgel when it’s politically convenient against someone you disagree with,” said Robyn Swirling, the founder of Works In Progress, which aims to reduce sexual violence in the workplace.

“We know Republicans don’t take sexual violence seriously, they only trot it out when politically convenient for them … so it is dispiriting to see some of the people who should be outspoken about this are not. I understand where it comes from, and the fear about damaging the seemingly inevitable nominee. But we can’t be those people.”

Republicans are furious over what they view as the news media being slow to cover the story.

“I think these things ought to be dealt with symmetrically," McConnell said Monday.

Swirling spoke of discomfort with the silence of some Democrats on the issue, but also said it is important in her view that the Democratic nominee for the White House win in November.

“Despite any silence from Democrats, or whatever we feel about Joe Biden, there is only one moral choice in this election, and that is to work to get Trump out of office,” said Swirling. “I would never tell survivors they need to vote for someone that they're uncomfortable voting for, but electing the Democratic nominee is imperative as a matter of harm reduction.”