Texas running out of money to pay unemployment benefits: Businesses may see tax hikes as a result 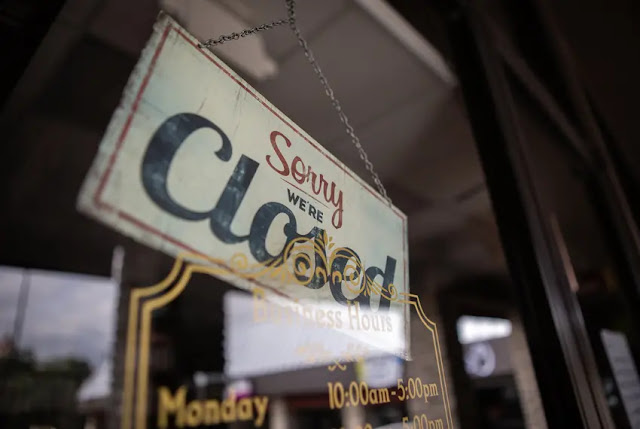 Texas is running out of money to pay the growing number of people lining up for unemployment relief, economic experts say.

If you just lost your job, don’t worry. State officials say you’ll get your check.

But if you’re an employer, you might see taxes hike in the future because the state will have to borrow federal money to plug the hole.

More than 1 million Texans lost their jobs and filed claims from March 15 to April 11 as a result of the coronavirus pandemic. The Texas Workforce Commission has paid out more than $400 million in benefits so far and is expected to pay hundreds of millions more based on the mounting claims filed.

Texas is among the states in the worst position to continue to pay out claims, according to a report by the Tax Foundation released last week. Jared Walczak, director of the foundation's state tax policy, told The Texas Tribune that based on the most recent unemployment data released Thursday morning, the state will only be able to pay out about three weeks of additional benefits.

Only four states had unemployment trusts in weaker shape than Texas, according to the report, with California and New York ranked the two worst off in the nation.

The Wall Street Journal also reported last month that Texas was among only six states that had less than six months of payouts available for unemployment claims, falling far short of being “recession ready,” a designation that requires at least 12 months worth of benefits.

Cisco Gamez, Texas Workforce Commission spokesman, said the agency estimates it won’t run out of money until May or early June, depending on the “level and timing” of unemployment benefit payments.

But he stressed that everyone who qualifies for unemployment insurance will receive benefits.

If the state runs out of funding and borrows money from the federal government in the form of a Title XII loan, businesses could see a “very substantial increase” in their unemployment taxes if the state can’t pay back the federal loan within two years, Walczak said.

Typically, this system makes sense, Walczak said. Businesses pay higher tax rates if they have a history of laying off workers and are incentivized with lower tax burdens to retain employees.

But because Gov. Greg Abbott’s order that all workers providing nonessential services stay home to slow the spread of the novel coronavirus, businesses large and small have had to cut employees’ hours, furlough workers or lay off staffers. Unemployment is inevitable, Walczak said, so it doesn’t make sense to punish businesses by having them pay a higher unemployment insurance tax rate.

Walczak said the state is “woefully unprepared” to pay off debt from the federal loan. The implications will be “very serious” for the state’s finances, he added.

“Unfortunately, Texas has been backward-looking, paying off the debt of the Great Recession rather than looking forward to the next crisis,” he said. “It becomes a vicious cycle.”

During the Great Recession just over a decade ago, the Texas Workforce Commission borrowed about $1.8 billion from the federal government, Gamez said. To cover the loan, the commission had to raise employer taxes, he added.

As a part of the federal coronavirus relief bill, Title XII loans are interest-free through the end of this year. But Walczak said Texas will “almost certainly” still be paying off federal loans next year, when interest will start accruing.

Steven Craig, an economics professor at the University of Houston, said this will cause future businesses to have to pay for current unemployment costs if tax rates increase.

“This kind of situation shows why you do have to be prepared for the future,” Craig said. “You don’t want to tax future firms for benefits they aren’t getting.”

If taxes had been higher in the past, more funding would be saved. But having too high of unemployment insurance taxes in the past would have put a damper on the economy, Craig said, so policymakers are looking to find the tax rate that’s “just right.”