Texas has scant data about the pandemic, leaving a lot of questions 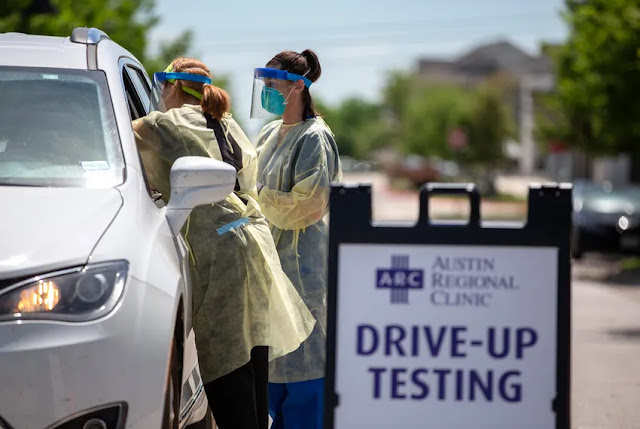 If you’re skeptical or curious about this pandemic, how is what you’re hearing from the official Texas sources supposed to be reassuring?

The information Texans are working with is too damn thin.

Where to start? Not enough tests have been completed, or taken, to really know who has or doesn’t have the disease, where the Texas hotspots are, or whether people who have died of respiratory problems had COVID-19. The relatively small number of test results also means we don’t know which people had the disease and recovered (and how many people have recovered) and whether the projections being made with that skimpy data are accurate enough to guide our public health decisions.

It’s not enough to say that the testing is getting better, that we know more than we knew just a few days ago. What we still don’t know overshadows what we do know.

We’re like pilots flying in clouds without instruments. We know a little bit, but not enough to make really solid decisions or to figure out what’s next. We’re learning as we go. As of Thursday, Texas was reporting 10,230 cases and 199 deaths, 1,439 hospitalized COVID-19 patients and 106,134 tests conducted.

Given the level of testing right now, it’s hard to know how many cases Texas really has. Because the best way to get tested for the new coronavirus is to show symptoms that a medical professional finds troublesome, it’s probably safe to say we’re not testing many people who are carrying the virus but don’t have symptoms.

It’s easier — because it’s more obvious — to map the institutional cases. When someone in a nursing home or a state supported living center or a prison tests positive, testing everyone in that location is simple and smart. It’s simple to figure out that everyone in a given building or campus might have been exposed.

Even that data isn’t always available. The state of Texas initially wasn’t sharing details about the data it has collected from nursing homes where COVID-19 cases have been found. But a few days after The Texas Tribune's Edgar Walters and Carla Astudillo wrote about it, the state revealed 13% of nursing homes have at least one confirmed case.

Tracking cases is harder to do out in the world, particularly without robust and widespread testing. Unconfined Texans, even with stay-at-home directives, might not be in close contact like the residents and staff of a nursing home, but they are hardly in isolation.

Plenty of people have jobs that can’t be done from home. They have to go out into the world every day to earn their livings.

Some are still worshipping in person with fellow congregants, an activity expressly allowed in the governor’s stay-home proclamation. That has proved to be an effective way to spread the disease.

Lots of us are doing essential shopping for groceries and other provisions — excursions that put us back, in a limited way, into the very social streams we’re all trying to avoid.

The list of things we don’t know is a long one. You would expect that with a new disease. But you might also expect the pubic officials trying to lead us through this to gather all of the information possible, the better to solve the riddles of this new virus ravaging the world, the country and the state.

Dr. David Persse with the Houston Health Department has said the disease disproportionately affects African Americans, but that city hasn’t released a demographic breakdown of cases. And it’s impossible to know whether that’s true in Houston or elsewhere in the state because of gaps in the data collected by the state. Or whether it’s also true for Hispanics in Texas.

At the beginning of the week, the Texas Department of State Health Services had compiled data on race and ethnicity for less than a quarter of the confirmed cases.

If you don’t collect it, you can’t use it as you decide the best policy responses to the disease.

Texas, like every state, is trying to flatten the curve. But when it comes to data about the disease, the state appears to be behind the curve.