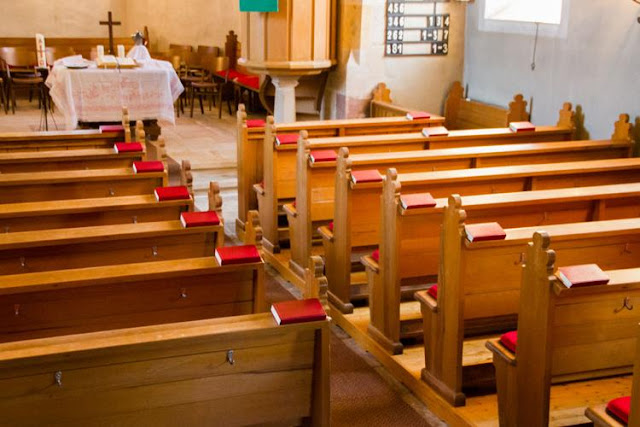 While churches were prohibited from holding services on Good Friday and Easter Sunday, Muslims will not be prohibited from gathering for one of their most important holidays, Ramadan, which begins on Friday.

Judges in Dallas and Harris counties prohibited houses of worship from congregating after Gov. Greg Abbott’s initial executive order mandated that they hold online services. Most churches have complied, but as Texas continues to post record low coronavirus numbers and record high unemployment, some Christian leaders have said enough is enough.

After several announcements that Abbott might be reopening the economy, Pastor Steve Riggle, who leads Grace Community Church in the Woodlands, posted a video message on Facebook, urging the governor and state officials to reopen Texas.

“We have been patient, even though every projection of the impact of the coronavirus has been grossly wrong,” he said. “We were told to flatten the curve because there was no cure, even though a very small number actually die from the virus in comparison with the population and other diseases and causes of death we live with on a daily basis.”

Yet in the month of March, more people filed for unemployment in Texas than those who filed during the entire year in 2019.

Riggle argues the governor “made an announcement about an announcement and appointed a task force to further delay getting everyone back to work when he could have restored everything with a stroke of his pen.”

Jared R. Woodfill, CEO and attorney at Woodfill Law Firm, which represents the Houston plaintiffs, said, “It is amazing to me that the Governor will not come out and state clearly and unequivocally that places of worship are open without restrictions.”

“With respect to these incremental Executive Orders, the Governor continues to chip away at our religious liberties,” Woodfill added. “This is horrible precedent that can now be used by future governors to justify encroachments on our ability to worship freely.”

“Local governments may not order houses of worship to close,” it states.

Houses of worship should conduct as many of their activities as possible remotely, in accordance with guidance from the White House and the Centers for Disease Control and Prevention. Houses of worship should instruct sick employees, volunteers, and guests to stay home, the order states, along with practicing social distancing and good hygiene, implement environmental cleanliness and sanitization practices, and clean and disinfect work areas frequently.

Houses of worship are encouraged to have all attendees 65-years-old and older to stay home and watch services online, or provide a “senior service” exclusively for attendees 65 and older to attend in person. All attendees with underlying at-risk health conditions should stay home and watch the services online, the order states. Houses of Worship are encouraged to equip ushers and greeters with gloves and masks and consider keeping childcare closed, unless they are able to comply with CDC guidelines for childcare facilities

The guidance came about largely through the work of the Houston-based Texas Pastor Council, which enlisted a team of over 50 of key pastors from around the state to give recommendations and input to Attorney General’s Office.

“We prepared a list of suggested guideline points to recommend to churches, received outstanding counsel and revisions from our pastors and presented a final list to AG Paxton that was largely incorporated in the finished guidelines,” Rev. Dave Welch, president of the Texas Pastor Council, said.

Welch praised state leaders, arguing that they understand “the invaluable role churches serve in every community to minister to the spirit, soul and body of people."

Woodfill emphasized that the Texas Constitution guarantees the “God-given unalienable right to worship, to peaceably assemble, and to move about freely without unconstitutional restrictions on one’s ingress and egress. None of these rights is contingent upon our health status or subject to the limitations Governor Abbott is attempting to impose on these rights. If Governor Abbott’s Orders are not declared unconstitutional and void, once this virus passes, the rights we are afforded under the Texas Constitution will be forever damaged.”

Woodfill has also sued the governor’s office over the unconstitutionality of executive orders, the first lawsuit of its kind in the State of Texas.