Surgeon General: We’ll reopen the country place by place, bit by bit, based on the data 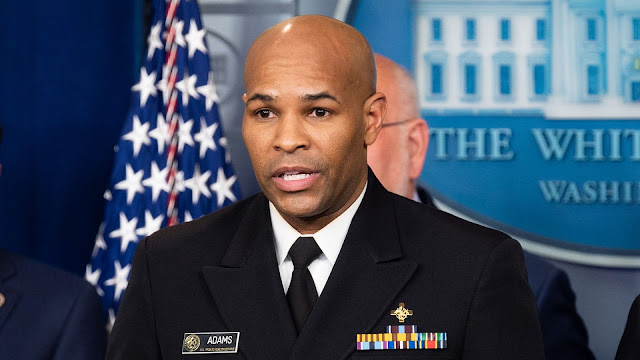 U.S. Surgeon General Jerome Adams said Friday that most places in the United States would not be able to open up by May 1 amid the novel coronavirus outbreak.

Asked whether May 1 is a realistic timetable for reopening on Fox News, Adams said that “some places,” where there is strong surveillance in place, would be able to consider reopening at the beginning of May but acknowledged that most of the country would not be in that category.

“There are places around the country that have seen consistently low levels and as we ramp up testing and can feel more confident that these places actually can do surveillance and can do public health follow-up, some places will be able to think about opening on May 1,” Adams said.

“Most of the country will not, to be honest with you, but some will. That’s how we’ll reopen the country: place by place, bit by bit, based on the data,” the surgeon general continued.

His remarks come as President Trump and his top officials weigh a decision on social distancing guidelines that are due to expire at the end of April. Some officials have raised the prospect of reopening parts of the country sometime in May, as the coronavirus pandemic takes a toll on the U.S. economy.

Treasury Secretary Steven Mnuchin told CNBC on Thursday that he believes companies could reopen in May so long as Trump “feels comfortable with the medical issues.”

White House economic adviser Larry Kudlow has expressed hope the economy could reopen within four to eight weeks on a rolling basis. Some outside advisers have also pressed Trump to allow businesses to begin reopening by May 1.

Ultimately, even if the administration chooses to relax social distancing guidelines in parts of the country, the decision to loosen restrictions will fall to governors who have put in place their own measures.

Health experts view May 1 as an overly aggressive target, saying the administration needs to have robust testing and contact tracing capabilities in place to avoid and contain future outbreaks while ensuring that U.S. hospitals will not be overwhelmed before relaxing social distancing guidelines.

Trump has over the past week talked of a “light at the end of the tunnel” as the U.S. reaches the projected peak of coronavirus deaths and said he believes the country will be able to open quickly, while acknowledging it could take place in stages. The president has refrained, recently, from offering a specific date for reopening and said he would rely on advice from medical experts.

Trump on Thursday also downplayed the need to significantly ramp up coronavirus testing capabilities in order to be able to restart the economy.

“We want to have it and we’re going to see if we have it. Do you need it? No. Is it a nice thing to do? Yes,” Trump said. “We’re talking about 325 million people. And that’s not going to happen, as you can imagine, and it would never happen with anyone else either.”

Addressing testing during the Friday interview, Adams, a member of the White House coronavirus task force, said it would be a “high bar” to test every American and that the administration was aiming to have the capacity to test 1 out of 100 or 1 out of 50 people.

“We want to know what’s going on in the community and we want to be able to test people who are at high risk who have symptoms so that we can quickly follow up and contain diseases,” Adams said.