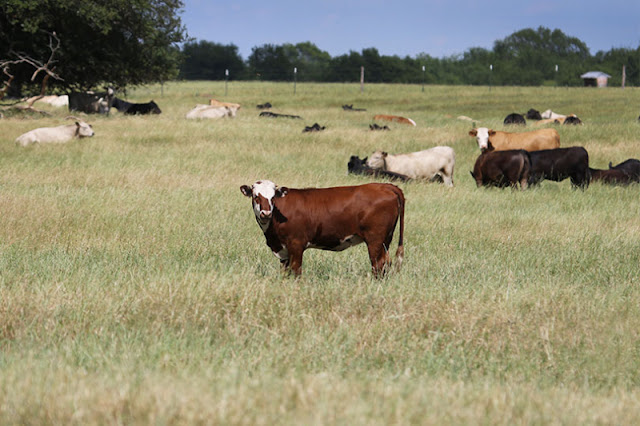 In a letter dated March 31, Springer said boxed beef prices are up more than 20 percent, more than doubling packer margins.

“Yet despite the incredible demand in Texas, as well as across the U.S., cattle have dropped hundreds of dollars per head at auction,” he wrote. “All indications are that the market manipulation has cost the Texas cattle industry over $150 million, while the potential price gouging has cost Texas consumers $225 million in just the last 30 days. For consumers, these prices are seen and felt at the checkout counter. And while consumers are blaming the retailers, the real culprit for higher consumer prices are the packers.”

In an interview with the Texas Farm Bureau Radio Network, Springer said he was prompted to write the letter after constituents expressed concern about the situation.

“I’ve got a whole bunch of cattle raisers in my district, and we’ve seen the struggles over the last five-plus years in some of the cattle markets not making sense, but this last month, we saw cattle prices dropping. Then I talked to my retailers, my little grocery stores, and they’re saying they’re getting a 20 percent increase from their wholesalers at a time we’re having a national disaster, a declared disaster in the state of Texas,” he said. “We’ve got laws against price gouging, and those have got to apply to everybody.”

There are signs the Texas cattle market has been manipulated unfairly for quite some time, according to Springer, who is chairman of the Texas House Committee on Agriculture & Livestock.

Cargill, JBS, National Beef and Tyson control about 85 percent of the nation’s beef packing market, which Springer said puts them in a unique position to exert control over cattle and wholesale prices.

“I’ve got a familiarity and a background in the commodity side of things,” he said. “We want to look at the whole thing, and if there’s a problem in there, we needed it to be addressed. We need to figure out if laws have been violated, and if laws haven’t been violated, it may be that the investigation peels back some of those things that potentially we’re going to ask for to be changed in legislation.”

While he realizes Paxton cannot change the national market, Springer said he will continue to fight for fairness for his constituents and other Texans.

“We’re going to do what we can in Texas to make sure that we have a fair and honest free market,” he said. “Cattle raisers, corn, wheat farmers or whatever, all they want is a fair shot in a free market and know that nobody’s manipulating it, that if the good Lord blessed us with rain and a crop that grows, that they’re able to profit from it.”