Sports fans may need to wait a little longer 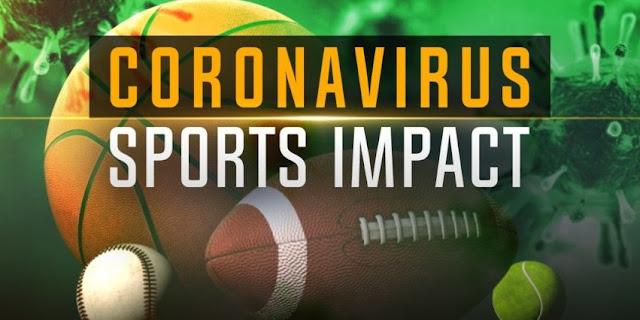 Last week, the Trump administration released the framework for states to use as they plan to restart the economy again. In most respects, it was a realistic and comprehensive assessment of what criteria need to be in place to reduce the risk of a significant outbreak as people start to move into a more “normal” routine. The gating criteria that should be met before entering phase one of this pathway are comprehensive.

Schools and organized youth activities are to remain on hold. But within these guidelines are also the suggestion that large venues, including sporting venues, can begin to operate again under strict physical distancing guidelines. It is essential to recognize and be transparent with the public that as things stand right now, any resumption of sporting events with fans in the stands would be premature and unwise.

Sporting events are almost unique in their capacity to bring thousands of people together in a congregated setting. Amid a pandemic, the risk of disease transmission is not just theoretical. It is well-documented at this point that the explosion of COVID-19 in the Lombardy region of Italy can be traced back to a professional soccer game that was played in Milan on Feb. 11.

This is why halting the NCAA tournament was perhaps the single most important public health decision in the United States this year.

Between the men’s and women’s tournaments, there were sixteen potential first-round sites, which would have mixed 128 fan delegations from around the United States and sent them home again, at a time when this outbreak was gaining steam. And it is essential to remember that before the NCAA’s announcement limiting fans from the tournaments, no professional organization had halted play. It was not a given that the NCAA would make this decision.

There were enormous financial implications for altering the tournaments. But this initial decision was significant for two reasons. First, it triggered similar choices on the part of other sporting organizations. Second, it assuredly limited the peak rise in cases around the country. To protect the public, to buy more time for more effective treatments, to prioritize health over entertainment, it was vital that organizations come together and make tough decisions to limit the scope of the coronavirus threat in the U.S. The NCAA did just that, and they did it first. That deserves our enthusiastic praise.

Until an effective vaccine is developed, it will be challenging to figure out ways to fill stadiums with fans again practically. A vaccine would quickly provide herd immunity, but barring that, containment must occur through widespread testing of symptomatic or infected individuals and their contacts.

It must involve testing random asymptomatic members of the population to ascertain which areas are approaching natural herd immunity and which areas require continued suppression. And of course, it will require the ongoing use of physical protection such as masks and the physical spread of people. It is difficult to see how this would work in the context of stadiums that have assigned each ticket holder about 18 inches of space. Perhaps this means that individuals who have antibody-proven immunity be given documentation in exchange for access to these venues. Maybe it means that for a time, fan travel will need to be limited between areas with similar levels of disease containment. Certainly, it means that state and local officials will need to coordinate a plan with various sports leagues that keeps fan safety foremost.

Whatever the plan, however, this occurs, it is hard to see how resumption of athletic contests with fans in the stands can be part of the first stage of any return to normalcy.