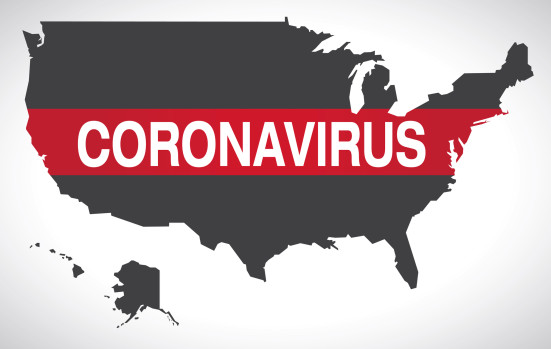 Rural health systems are bracing for a surge in patients suffering from COVID-19, the disease caused by the novel coronavirus, that could overwhelm small and underfunded hospitals in areas where populations are particularly vulnerable to serious symptoms.

The coronavirus outbreaks in the United States have been the most intense in major cities and suburbs like New York, New Orleans, Detroit, Seattle and the Washington, D.C., area. But experts in rural health say they know the virus is headed their way, and they worry that smaller communities are even less prepared to handle an influx of cases than their big-city colleagues.

“We just haven't seen big numbers, thankfully, but I feel like everything I say with COVID I should end with 'yet,’” said Jacqueline Barton True, vice president of rural health programs at the Washington State Hospital Association.

When the virus does come, those experts say they are concerned that the rate of severe and critical cases could be higher than in larger cities. Rural residents tend to be older, are more likely to have underlying conditions like hypertension and heart disease that put them at greater risk of serious symptoms, and in some regions they are more likely to smoke than are residents of urban areas.

Those in the poorest rural counties are also much less likely to be insured, according to the Economic Innovations Group, which tracks health data across the country. Mortality rates in those poorest counties are already substantially higher than in better-off counties, and the life expectancy is a notable five years lower.

At the same time, an epidemic of hospital closures has limited health care capacity in many smaller communities. More than 120 rural hospitals have closed since 2010, according to data collected by the Cecil Sheps Center for Health Services Research at the University of North Carolina, the majority of which have been in Appalachia and Deep South states. Eight hospitals have closed in just the first three months of 2020.

The gravity of the threat posed by the coronavirus is adding financial pressure to the remaining hospitals that were already just scraping by. Health systems face an alarming rise in costs as they ramp up staff, stockpile supplies and prepare for a surge, while at the same time they are losing revenue as patients cancel routine procedures, from regular checkups to elective operations that have been temporarily suspended in many states.

“We have just empty hospitals for those that are not yet impacted. They're not able to do procedures like total knees and hips [replacements],” True said. “That sort of perfect storm is really very concerning. We have a number of hospitals that have less than 30 days cash on hand.”

“You have this pandemic coming and the hospital might not be there when it hits,” she said.

Smaller hospitals, too, are more likely to be overwhelmed, and they have less of an ability to surge capacity to deal with an influx of cases that a larger city might be able to handle. Some rural health systems have already repurposed some satellite clinics specifically to deal with potential COVID-19 patients in order to keep those patients away from other vulnerable people already in hospitals.

Making matters worse, the chronic shortage of personal protective gear and testing kits is exacerbated in areas with smaller populations. A major health system in a big city might order a million masks from a manufacturer in China; that manufacturer is less likely to return calls from a smaller health care system that would only order 15,000 or 20,000 units.

“They're just not even getting the time of day from suppliers, because [the suppliers are] triaging as well,” True said.

Public health departments in small rural communities are also frequently understaffed and under-funded. Many counties even combine health departments with their neighbors, and almost no health departments even in the best-funded big cities in the country have enough staff to conduct the sort of contact tracing necessary to squelch a virus before it breaks out widely.

“In Ohio, we have a very decentralized public health system. That means that a majority of our public health workforce and public health funding in the state is at the local level. We have huge variation in investment and workforce in those departments,” Stevens said.

Health experts said there are some built-in advantages to living in rural communities that might explain in part why the virus has yet to begin spreading widely in many such communities. A much lower population density means social distancing is easier to achieve. Many rural communities do not have public transportation systems — a burden on low-income workers in ordinary times but a potential positive that could help slow the spread in this crisis.

Early reports in New York City show the largest concentrations of cases are happening in areas close to the end of subway lines, potentially suggesting that spending long rides on public transportation could contribute to wider spread.

While New York’s outbreak may peak earlier because of the intense transmission, the spread to rural communities is almost inevitable — delaying, rather than eliminating, the threat.

That could buy rural communities critical time to both prepare their health systems and to deliver messages to local populations about the best ways to protect themselves, a narrow but critical window of opportunity to keep case curves low.

“In some rural areas the peak might be later, because they don’t have that intensive population mixing that you see in a more urban environment,” said Jeremy Konyndyk, a senior fellow at the Center for Global Development who helped lead the Obama administration's response to the Ebola outbreak in West Africa. “But they will still get hit by it."