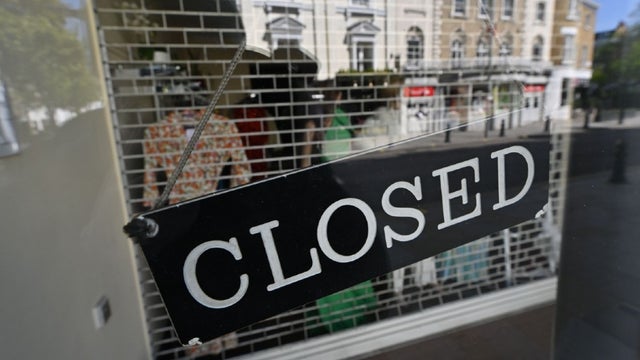 Retail sales dove nearly 9 percent last month, a larger drop than expected and another sign that the coronavirus outbreak is taking a big toll on the U.S. economy.

A preliminary report from the Commerce Department showed sales drop 8.7 percent in March as consumers reined in spending on goods ranging from cars and clothing to meals at restaurants and drinks at bars.

It’s the biggest monthly decline since the Commerce Department started keeping records in 1992 and comes on the heels of reports that nearly 17 million Americans have filed for first-time unemployment claims in recent weeks.

Wednesday’s drop was more than two times worse than the previous record drop of 3.9 percent in November 2008 at the beginning of the financial crisis.

Economists had predicted a drop of 8 percent after sales numbers for February were revised to reflect a 0.4 percent contraction.

The new retail report is a troubling sign for the economy ahead, as consumer spending accounts for 70 percent of the nation’s gross domestic product.

The drop in retail sales is a harbinger of things to come for state budgets, which depend heavily on sales tax revenues.

"General sales taxes raise nearly a third of all state tax revenues nationally, and are the largest tax revenue source in 15 of the 45 states that collect them," said Mark Robyn, senior officer at The Pew Charitable Trusts.

The drop, he said, indicated the unusual nature of the current recession, as sales taxes tend to be a consistent source of income, even as revenues linked to capital gains, corporate income or oil fluctuate.

"Today’s drop in retail spending, illustrates one more way the pandemic poses a new challenge for state leaders attempting to stabilize their budgets," he said.

Governors have already asked Congress to allocate $500 billion in aid to states as they face budget shortfalls due to the pandemic.

Rep. Don Beyer (D-Va.), vice chairman of Congress’s Joint Economic Committee, on Wednesday called for the next coronavirus relief package to include triggers to automatically provide assistance to businesses, workers and other entities as long as the economy remains weak.

“As a former business owner, this drastic drop — more than two times worse than the worst on record — puts a pit in my stomach. And the retail reality may be even worse than this number reveals because Americans were stockpiling groceries and other goods during the first few weeks of March,” Beyer said.

Consumer spending has been a key driver of the economy during President Trump’s first three years in office, growing at 1.8 percent in the fourth quarter of 2019 as the stock markets were approaching all-time highs.