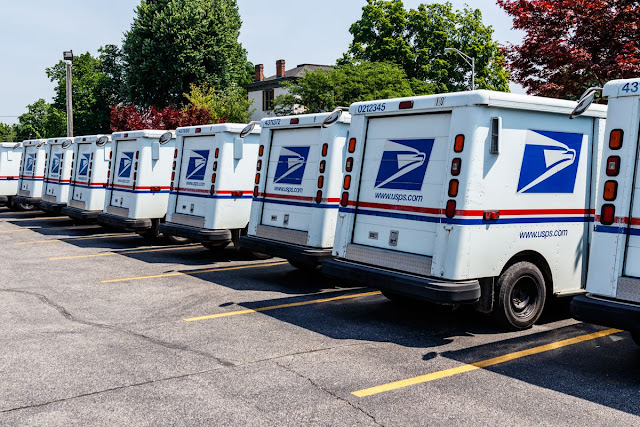 First, it was the airlines looking for a lifeline. Then nearly every other type of business in the country was lining up to apply for grants, loans and other forms of relief. Now you can add the United States Postal Service to the list. They informed Congress at the end of last week that they’re going to be running out of money before the end of the year because of the coronavirus and they’d like a cash infusion of 75 billion dollars to keep them afloat.

The U.S. Postal Service is requesting access to $75 billion through a combination of cash, grants and loans to avoid a liquidity crisis this fall, the agency told Congress on Thursday.

Postmaster General Megan Brennan told the House Oversight and Reform Committee that USPS would lose $13 billion in fiscal 2020 due to the economic downturn resulting from the novel coronavirus pandemic, and the agency would “run out of cash” before Sept. 30. The agency’s board of governors, whose five Senate-confirmed members were all appointed by President Trump, is asking Congress for a $25 billion cash injection to offset expected losses, a $25 billion grant to fund “shovel ready” projects to modernize USPS and $25 billion in unrestricted borrowing authority.

All told, the already cash-strapped Postal Service anticipates losing $54 billion over the next 10 years as a result of the coronavirus outbreak.

If the Post Office’s budget figures really look that dire (again) I’m willing to take their word for it. But blaming this on the coronavirus sounds more than a little sketchy to me.

First of all, with so many people staying home, shopping over the internet is surging, not receding. Amazon (who handles nearly half of all online sales in the country and primarily uses the USPS for their deliveries) has started missing their normal shipping deadlines because they can’t handle all of the orders. I’m hard pressed to think of any other sectors that would be sending less mail aside from advertising mailers from businesses that are shut down.

Also, there’s another fact suggesting that the coronavirus isn’t what’s driving a lack of cash at the USPS. Last summer, long before anyone had even heard of a new viral outbreak on the horizon, the Post Office was already informing Congress that it would be out of money within five years and needed congressional help to remain solvent. After a relatively brief period where they had achieved profitability for a few quarters, they were back in the red again.

Before Congress even considers tacking on another $75B for the USPS in the next financial aid package, the Post Office needs to open up the books for a thorough inspection, including specifics as to how their business has fared since January. Besides that, we should remember that the Post Office just received a ten billion dollar guaranteed loan from Congress as part of the first $2.2T aid package. At that time, President Trump had allegedly threatened to veto the bill if it included any grant money for the USPS, so this is probably going to be a tough sell.

Before anyone starts accusing me of hating the Post Office and wishing doom and gloom on them, that’s not the case. I remain a big fan. I still find it absolutely amazing that anyone can take an envelope, put it out on their porch, and have someone show up to take it away and send it all the way across the country for less money than you’d pay for a cup of coffee. But if we want to help the Post Office out, it shouldn’t be through taxpayer-funded grants. They’re supposed to operate on their own profits. Congress could do this by allowing them an early increase in the price of stamps. Let’s face it, stamps are ludicrously cheap when you consider what you’re getting for your money. And in the era of email, how many stamps do you actually go through in a month? Let them jack up the price by a quarter and see if they can turn a profit that way.