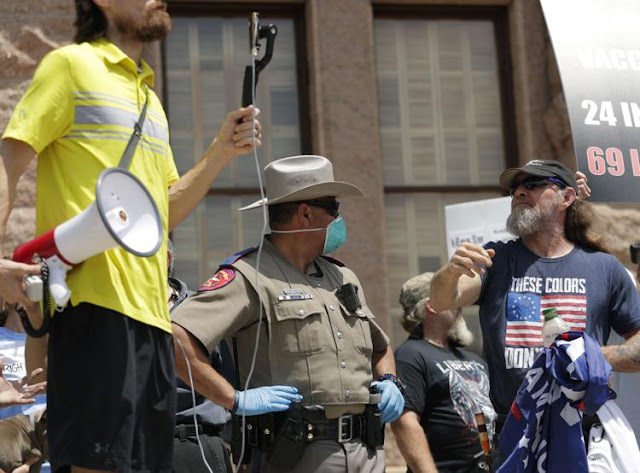 A new poll conducted by Remington Research Group (RRG), on behalf of three Republican legislators, shows a partisan divide among Texans over how and when the government should reopen the state after the coronavirus shutdown.

Gov. Greg Abbott is expected to announce reopening parts of the state and potentially not extending the stay-at-home order on Monday.

The statewide survey was conducted among likely Republican and Democratic voters on issues relating to the coronavirus shutdown, including state finances and working from home.

The Republican legislators who commissioned the survey are State Sen. Bob Hall of Edgewood, Rep. Kyle Biedermann of Fredricksburg, and Rep. Tony Tinderholt of Arlington.

Respondents from both parties expressed support for allowing medical procedures that were banned under the governor’s executive order. However, 79 percent of Republicans said they strongly supported businesses reopening even with social distancing guidelines in place.

“Businesses need to open back up, and social distancing should be encouraged," Biedermann said. "State and local governments need to immediately reduce spending, and take any tax increases off the table. Texans don’t have more money for us to take from them.”

Biedermand also urged the governor to let individual Texans decide when they are ready to go out and engage in society.

“Those who want to stay home can and those who need to go out to provide for their family should be allowed to do so,” he said.

Both Republican and Democrat respondents said there should be an immediate reduction in government spending to avoid tax increases in the future in light of significant economic losses Texas is facing due to the coronavirus shutdown and the catastrophic oil war that halted the once booming industry.

“A vast majority of my constituents and Texans simply can’t provide for their families from home," Tinderholt said. "Every day the government keeps them from going to work worsens their situation. I’m encouraged to see that many Texans agree with me that governments need to immediately reduce spending. We must act now.”

The survey was conducted between April 20 and April 21 among 1,224 likely voters. The survey “was weighted to match expected turnout demographics for the 2020 General Election,” Remington Research Group says, with a margin of error of 2.9 percent.