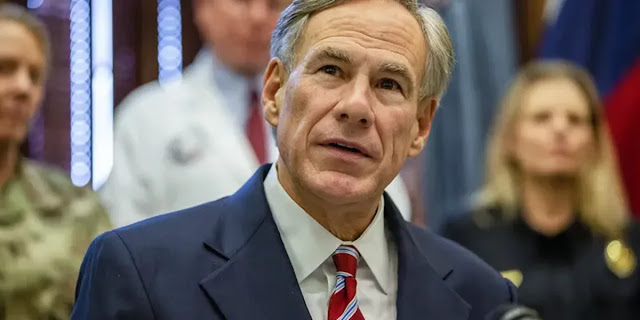 A political divide over how to reopen a country and economy shuttered by the coronavirus epidemic is deepening the political divide as Republican governors in the South begin reopening businesses in their states.

GOP governors in Georgia, Florida, South Carolina and Texas have begun loosening restrictions on commerce and allowing people to shop or return to their social lives.

The GOP governors are not allowing everything to open, and they say they will enforce social distancing policies and other precautionary measures, even as businesses begin to open their doors to customers.

But the kinds of businesses opening, which include massage parlors and movie theaters in Georgia, have drawn criticism from public health officials in both parties while unnerving politicians who fear new outbreaks could cross into their states as people travel.

The decisions to reopen are creating risky questions for politicians on both sides of the aisle, who must decide whether to back the resumption of business.

Both choices come with some political risk. If openings lead to more infections and deaths, politicians who back them are sure to come under criticism.

But it could also be risky to side against people returning to work as unemployment claims mount and Americans struggle to make ends meet.

In Texas, Gov. Greg Abbott (R) has reopened state parks and some retail outlets. Sen. John Cornyn (R-Texas), who faces a tough reelection fight against Democrat MJ Hegar, has called for a cautious approach that treats big cities differently from rural areas, saying that “public health has to be paramount.”

Hegar advised against reopening too soon, arguing it puts the population at risk.

“The fact is that less than 1 percent of Texans have been tested for COVID-19,” Hegar said. “Going back to business as usual too soon endangers frontline workers and puts businesses at risk of having to deal with another chaotic shutdown. We deserve leaders who listen to experts so that once we do reopen, we stay open.”

Georgia, led by Republican Gov. Brian Kemp, has been at the tip of the spear for aggressive reopenings.

Sen. Kelly Loeffler (R-Ga.), who faces a tough reelection battle in a jungle primary against Rep. Doug Collins (R-Ga.) and Democrat Raphael Warnock, is supportive of Kemp, even as the governor has suffered furious blowback.

“Senator Loeffler, like Governor Kemp, is working to make sure we reopen our economy and get back to work in a safe and healthy way,” a spokesperson said.

Sen. Doug Jones (D-Ala.), the most vulnerable Democratic senator up for reelection, has backed Republican Gov. Kay Ivey’s decision to remain under lockdown. Former Sen. Jeff Sessions (R-Ala.), who is running to reclaim his old seat, has publicly supported a plan to immediately reopen the economy, including close-contact businesses such as barbershops, nail salons and restaurants.

And in North Carolina, Democratic Gov. Rory Cooper has stuck by his stay-at-home order, drawing conservative protesters to the state Capitol in Raleigh who want to see loosened restrictions.

Republican Sen. Thom Tillis (N.C.), who is among the most vulnerable Republicans up for reelection this year, told a local television station that it’s too soon to be thinking about reopening.

"We have not seen the peak of the curve," Tillis said. "Certainly we have to see that downward trend of daily reported cases and then a few weeks later the same trend in the number of deaths before we can safely say we’re beginning to contain the virus."

The decisions to reopen have also led to political divides within the states.

Atlanta Mayor Keisha Lance Bottoms (D) said Wednesday that Kemp did not directly inform her before he announced his decision for a number of businesses to reopen on Monday.

“He did not tell me directly, and he’s the governor, so I don’t always expect to receive a call directly from the governor,” Bottoms said on NBC’s “Today.” “But something of this magnitude, I would have expected at least a call from someone on his team.”

Bottoms, an African American woman, has voiced opposition to Kemp’s move, telling her city’s residents to continue to stay home. Her frustration is reflective of an executive who oversees a city with a large black population. African Americans have been dying in disproportionate numbers of the coronavirus in a number of states.

“I am using my voice to encourage people: Follow the data, look at the science, listen to the health care professionals and use your common sense. This virus has not gone away,” Bottoms said.

“When you are African American and you’ve seen the impact that this virus has had on ours across the country, it’s a totally different outcry,” South Carolina-based Democratic strategist Antjuan Seawright said.

Democrats have also complained about being cut out of the decision making process.

The Republican governors of Georgia, Alabama, Florida, Mississippi, South Carolina and Tennessee held a phone call over the weekend to discuss the best path forward. North Carolina and Louisiana, which are led by Democratic governors in bordering states, were not on the call.

In Florida, Gov. Ron DeSantis (R ) left Agriculture Secretary Nikki Fried, a member of his Cabinet and the only statewide-elected Democrat, off of the executive panel to analyze how best to reopen the state.

DeSantis did include two Democratic mayors on the committee, but the other Cabinet members included were Republicans.

“This is sadly more of the same politics over state from the governor,” Fried said in a statement. “I was not asked to serve alongside my fellow Cabinet members on the task force, which has no voice on its membership representing Florida’s $137 billion agriculture industry.”

DeSantis's office said that multiple stakeholders from the agriculture industry would be represented on the task force.

It’s not just Republican governors who are seeking to open their states, and it’s also not just Southern states.

In Montana, Gov. Steve Bullock (D) announced Wednesday his state will begin phasing in business operations over the next few weeks, with retail back in action on April 27 and restaurants allowed to open the first week of May. Montana has one of the lowest death rates in the country at 1.1 per 100,000. Bulluck is running for the Senate this fall against Sen. Steve Daines (R-Mont.)