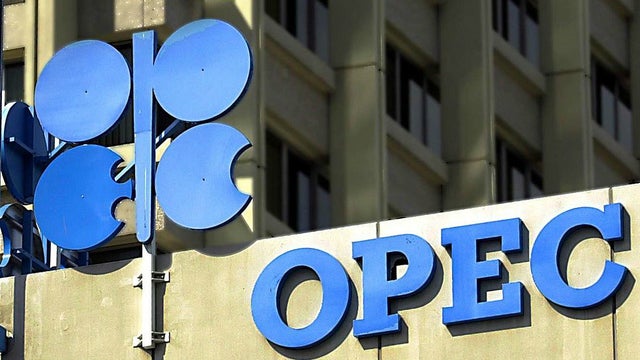 OPEC, Russia and other oil-producing countries, collectively known as OPEC+, have reached a tentative deal to cut oil output by 9.7 million barrels a day due to the coronavirus pandemic.

Talks between the countries had hit a last-minute hurdle last week when Mexican President Andrés Manuel López Obrador appeared reluctant to cut his country's production levels. But Mexico's energy secretary confirmed Sunday that a deal had been reached.

President Trump confirmed Sunday that a deal had been reached.

The countries’ delegations are set to hold an emergency meeting Sunday evening to finalize talks, Azerbaijan’s energy minister said, telling CNBC the meeting will be chaired by the Russian and Saudi energy ministers.

The agreement falls just below the initial proposal of 10 million barrels cut per day, with the U.S., Brazil and Canada contributing another 3.7 million barrels, Bloomberg reported. OPEC representatives were still waiting to hear back from other Group of 20 members as of Sunday afternoon. Mexico will only be required to cut 100,000 barrels, according to the outlet.

Prices have fallen 40 percent since March in response to an impasse between Saudi Arabia and Russia on a potential emergency plan to address the pandemic’s effect on oil market supplies, which in turn prompted a price war between the two nations.

While the two reached an agreement last week, Saudi Arabia had also been under pressure from President Trump to reach a compromise with Mexico.

As recently as Thursday, Mexican Energy Minister Rocío Nahle would only commit to a third of the 350,000 barrels a day Saudi Arabia asked Mexico to cut, the Wall Street Journal reported.