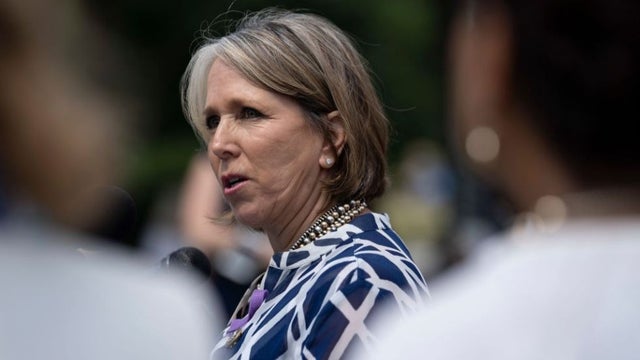 The governor said the state government will prepare for a “gradual and safe” reopening before the stay-at-home order ends.

“I want to be crystal clear: While we’re making progress, we are not yet out of the woods,” she said in the post. “We will not be able to reopen everything on May 16. The virus will not be gone. The pandemic will not be over. There is no magical date.”

“No one wants to be locked down – everyone wants to hug their loved ones, we all want businesses to be able to open,” she added. “But simply wanting this to be over will not get us there.”

She said she will take input from business and employee groups as she plans the reopening of the state economy.

Grisham also applauded the residents staying at home in her statement, saying they are saving “countless” of lives.

The governor’s announcement comes as businesses across the country are requesting governors reopen the state economies as more than 24 million people have filed for unemployment in five weeks.

Some states will begin to open this week, including Georgia and Oklahoma, and have received criticism from public health experts over their decision. President Trump condemned Georgia’s move to reopen but has said the decision is up to the governors of the states.

New Mexico has documented 2,379 confirmed cases of coronavirus, leading to 78 deaths statewide, according to the state health department.