Neither the president nor the governors unilaterally decide when America reopens 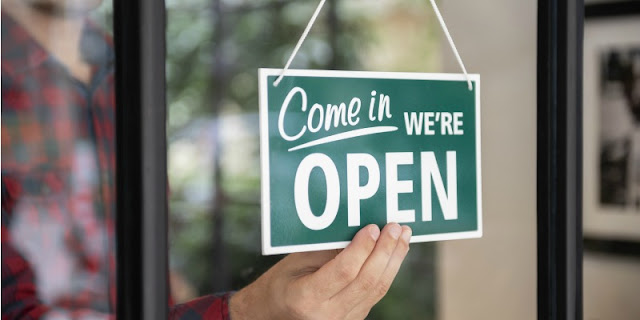 President Trump is not a lawyer. No shame in that — some of our best presidents haven’t been. But he frequently gets out over his skis when he discusses constitutional law. It is a subject he sometimes mangles when speaking or tweeting, though his eventual actions tend to be respectful of the Constitution and congressional authority.

This tension is seen in a pair of tweets that the president posted Monday morning. To wit:

“For the purpose of creating conflict and confusion, some in the Fake News Media are saying that it is the Governors decision to open up the states, not that of the President of the United States & the Federal Government. Let it be fully understood that this is incorrect. It is the decision of the President, and for many good reasons. With that being said, the Administration and I are working closely with the Governors, and this will continue. A decision by me, in conjunction with the Governors and input from others, will be made shortly!”

As a matter of constitutional law, this is wrong. The importance of the wrongness can be — and, judging from media coverage, is being — overstated. The thrust of Trump’s remarks is that the president and the governors must collaborate, and they are doing so.

Our Constitution prescribes a federalist system of divided power. Contrary to popular misconception, it is “the People,” not the federal government, that is sovereign. Furthermore, governmental power is split between federal and state officials.

As originally conceived, the federal government has limited powers. They are specifically enumerated and relate to national responsibilities, such as providing for the common defense of the United States, conducting foreign policy, assuring the integrity of the currency, and regulating interstate and foreign commerce.

The states are supreme in regulating their internal affairs. These include public safety and intrastate commerce. The Tenth Amendment makes explicit that unless the Constitution vests specified powers in the federal government, or prohibits such powers to the states, they are reserved to the states or to the American people.

The progressive revolution in governance over the past century has worked a significant transfer of power to the federal government and its ever-metastasizing bureaucracy — the “administrative state,” as this arrangement is often called. That transfer has involved no small amount of the power that used to be wielded by state governments. The Supreme Court, for example, largely has eviscerated the interstate/intrastate distinction in commerce. Congress’s regulation of commercial transactions that occur wholly within a state are deemed to pass muster if, on some theory, they impact the national marketplace. This expansion of Commerce Clause power has enabled Washington to regulate in-state matters in granular detail.

To take another example, the regulation of immigration, which used to be, predominantly, a matter of state police power, has effectively come under federal control.

But that does not mean the states are bereft of power. The Supreme Court has invalidated federal attempts to coerce the states to expand Medicaid eligibility, and to force a state to invalidate capital murder convictions based on a presidential interpretation of international law. In fact, in its 1995 Lopez decision, the high court voided a federal law that criminalized gun possession near a school, reasoning that gun possession was not an economic activity with interstate ramifications that Congress could properly regulate. Alas, the rollback of the court’s Commerce Clause jurisprudence that many of us hoped for did not materialize; but Lopez was a useful reminder that states maintain considerable authority over their internal affairs.

The governmental responses to COVID-19 have been a study in federalism and overreach. The Supreme Court long has held that American citizens have a constitutional and nearly illimitable right to travel from state to state; to be regarded by states they visit as welcome guests rather than hostile aliens; and to enjoy as visitors all the privileges and immunities of citizenship that are enjoyed by residents of the host state. Yet, governors have outrageously presumed that they have authority to discriminate against out-of-state Americans by detentions, surveillance and quarantine.

Meanwhile, the president has suggested that he has the power to quarantine Americans and restrict their intrastate movements. Thankfully, he has not followed through by exercising this purported authority — which arguably belongs to the state, though their exercise of it must respect constitutional freedoms. State and local officials have imposed severe social distancing restrictions on public assembly and religious observances, and have sometimes enforced those measures in transparently politicized ways.

We are piling up incidents of executive overreach, especially at the state level, that the courts  eventually will have to sort out. The Justice Department, moreover, is investigating whether state police powers have unlawfully infringed civil liberties.

What all of this illustrates, however, is the complexity of the American constitutional system and of our variegated economy.

The president can no more order the economy to reopen than he could shut it down — he can’t, and didn’t. At the same time the states, notwithstanding their presumptive authority over their internal affairs, desperately need federal resources to fight off COVID-19. State governors have no real choice but to cooperate with the president — they have to follow federal guidelines if they want access to federal funding and other vital assistance (e.g., the U.S. Army Corps of Engineers’s impressive ability to build up hospital capacity).

To summarize, the federal government is extremely influential, but the president could neither open nor shut down the economy without state cooperation. For their part, the states’ capacities in a crisis such as the coronavirus epidemic would be overwhelmed without the federal backstop. And then there is the element government officials at every level tend to forget: In this republic, the People are sovereign. No federal, state or municipal government has the power to force people to engage in commerce — although by foolishly over-flexing their regulatory muscles, governments can make productive commerce impractical.

There is a great deal the president and the federal government can do to restore the possibilities of economic life. The state and municipal governments, nevertheless, have much to say about commerce within their jurisdictions — as a practical matter, they have the whip hand when it comes to policing and local regulation. All that said, the nation will only be open for business again if the American people are ready to get back to work. Happily, they are champing at the bit, but they will need to be confident that we are safe before we have any semblance of the world we knew just a few weeks ago.

But, make no mistake: Neither the president nor the governors unilaterally decide when America reopens. They have shared and competing responsibilities, and the most important actor remains the public.