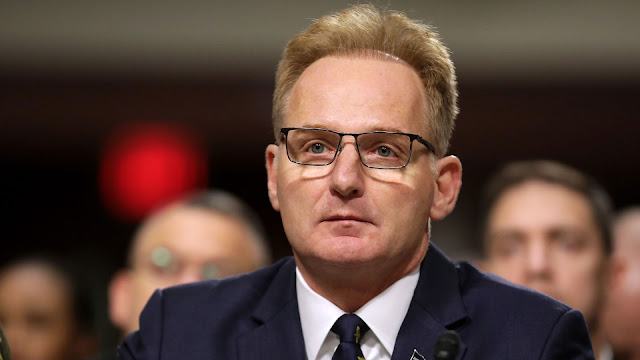 Acting Navy Secretary Thomas Modly has resigned after fanning the flames of a controversy over a coronavirus outbreak on board an aircraft carrier.

Defense Secretary Mark Esper confirmed on Tuesday that he had accepted Modly's resignation.

The resignation comes a day after transcripts and audio of an inflammatory speech, in which Modly defended his decision to fire Capt. Brett Crozier as commander of the USS Theodore Roosevelt, leaked to the media.

Modly relieved Crozier of his command of the Roosevelt last week after a letter the captain wrote pleading for help with a coronavirus outbreak on the ship leaked in the media.

In the speech aboard the Roosevelt, Modly said that if Crozier didn’t think the letter would leak, he was “too naive or too stupid to be a commanding officer of a ship like this.”

Alternatively, Modly said, if Crozier leaked the letter on purpose, that would be a “serious violation” of the Uniform Code of Military Justice.

He also called Crozier’s action a “betrayal” and warned sailors that there is “no situation” in which they should go to the media, alleging “the media has an agenda” that “depends on which side of the political aisle they sit.”

Modly at first said Monday afternoon he stands by “every word,” but by Monday night was apologizing.

"Let me be clear: I do not think Captain Brett Crozier is naive or stupid,” Modly said in a statement. “I apologize for any confusion this choice of words may have caused.”

President Trump on Monday said he "may just get involved" with the situation.