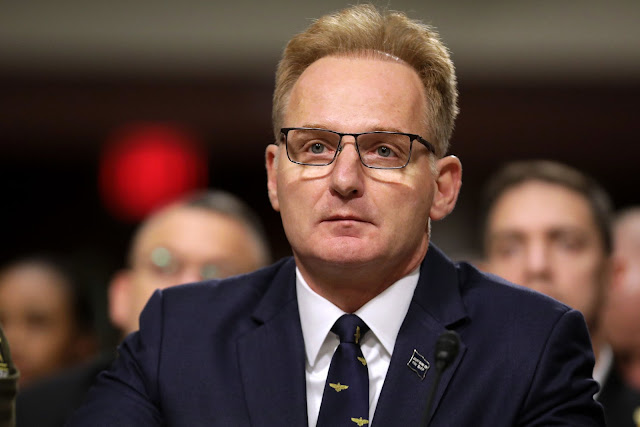 Acting Navy Secretary Thomas Modly apologized to crew members of the USS Theodore Roosevelt and its former commander Monday evening over remarks he made earlier in the day calling Capt. Brett Crozier "naive" or "stupid."

"Let me be clear: I do not think Captain Brett Crozier is naive or stupid," Modly said in a statement obtained by several media outlets. "I think, and always believed him to be the opposite."

"I believe, precisely because he is not naive or stupid, that he sent his alarming email with the intention of getting it to the public domain in an attempt to draw public attention to the situation on his ship," Modly added.

Modley added, "I apologize for any confusion this choice of words may have caused. I also want to apologize to directly to Captain Crozier, his family, and the entire crew of the Theodore Roosevelt for any pain my remarks may have caused."

Modly, in a speech also leaked to the media, said Monday that if Crozier didn't didn’t think the letter would leak, he was “too naive or too stupid to be a commanding officer of a ship like this” and that if he leaked the letter himself, he had committed a “serious violation” of the Uniform Code of Military Justice.

Earlier in the day, Modly had stood by his remarks.

“The spoken words were from the heart, and meant for them,” Modly said earlier Monday. “I stand by every word I said, even, regrettably any profanity that may have been used for emphasis. Anyone who has served on a Navy ship would understand. I ask, but don’t expect, that people read them in their entirety."

The remarks earned swift criticism from Democrats, including a number of calls for his removal.

"Acting Secretary Modly’s decision to address the sailors on the Roosevelt and personally attack Captain Crozier shows a tone-deaf approach more focused on personal ego than one of the calm, steady leadership we so desperately need in this crisis," said House Armed Services Committee Chairman Adam Smith (D-Wash.). "I no longer have confidence in Acting Secretary Modly’s leadership of the Navy and believe he should be removed from his position."