NASCAR to resume with 7 races in 11 days 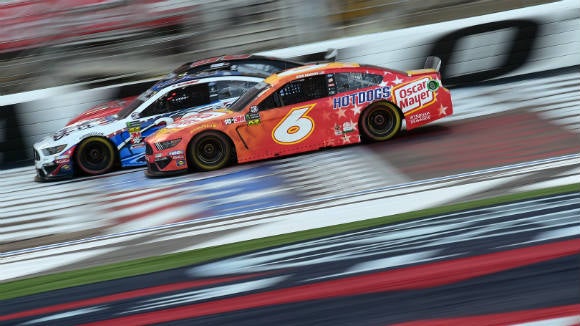 NASCAR announced Thursday that racing will return on May 17 at Darlington Raceway in South Carolina, kicking off a stretch of seven races in 11 days.

The race at Darlington will be held without fans and is NASCAR's first race in more than two months, as the coronavirus pandemic has forced all major sports leagues to suspend operations. When NASCAR suspended racing March 13, only four of its 36 scheduled races had been completed.

“NASCAR and its teams are eager and excited to return to racing, and have great respect for the responsibility that comes with a return to competition,” Steve O’Donnell, NASCAR executive vice president and chief racing development officer, said in a statement. “NASCAR will return in an environment that will ensure the safety of our competitors, officials and all those in the local community. We thank local, state and federal officials and medical experts, as well as everyone in the industry, for the unprecedented support in our return to racing, and we look forward to joining our passionate fans in watching cars return to the track.”

None of the races will have practice sessions and the only race that will have qualifying is the Coca-Cola 600, scheduled for May 24 at Charlotte Motor Speedway.

All of the scheduled races will either be at Darlington or Charlotte to minimize the amount of traveling race teams have to do, as many teams are based in Charlotte.

No races past May 27 have been scheduled, but NASCAR has repeatedly said that its full 36-race Cup Series season would be completed in its entirety.