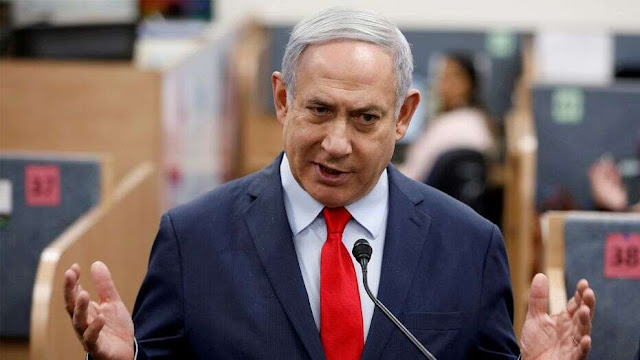 Israeli Prime Minister Benjamin Netanyahu has ordered the country to enter a total lockdown as the Jewish high holiday of Passover approaches.

The Associated Press reported that Netanyahu made the announcement in a televised address Monday evening, instructing Israeli Jews to celebrate the holiday only with others who share their home.

“Every family will sit down for Seder night on its own. Celebrate only with the immediate family that’s at home with you now,” he reportedly said.

The directive comes as Israeli health officials have struggled to gain control over the spread of coronavirus in the country, with more than 8,900 cases and nearly 600 deaths among a population of roughly 8.7 million people.

Travel between cities in the country will be heavily restricted as of Tuesday evening, and citizens will be told to stay in their homes between Wednesday evening and Thursday morning, according to the AP. Non-essential businesses and other public places have already been shuttered by order of the government.

Restrictions on travel and public activity are expected to remain in place through the upcoming Easter and Ramadan holidays, according to the AP, though Netanyahu reportedly suggested that some restrictions could be eased after Passover ends.

The Israeli government directed citizens to wear face masks in public last week, while the country's health minister announced Thursday that he had tested positive for the disease.