How not to opine if you wish to be taken seriously 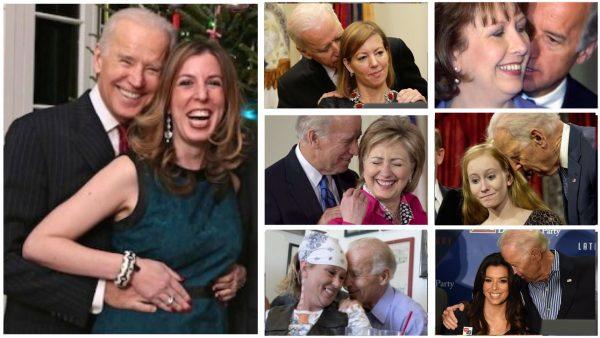 Writing yesterday in the New York Times, columnist Michelle Goldberg exemplifies how not to opine on politics if you wish to be taken seriously by any significant percentage of your readers.

“What to Do With Tara Reade’s Allegation Against Joe Biden?” is the title of her most recent column, and the subheading: “A sexual assault accusation against the presumptive Democratic nominee is being used to troll the #MeToo movement.”

Contrast this tone with the one Goldberg employed in 2018 when writing in response to sexual-misconduct allegations against Supreme Court nominee Brett Kavanaugh. The title of that column? “Pigs All the Way Down,” and the subtitle: “Kavanaugh and our rotten ruling class.”

Goldberg opened that September 2018 screed by recounting Deborah Ramirez’s allegation against Kavanaugh and, to her credit, noting that the New Yorker had failed to find a single eyewitness to corroborate the claim. But that fact made little difference to Goldberg.

“Regardless of what happens to Kavanaugh, however, this scandal has given us an X-ray view of the rotten foundations of elite male power,” she wrote. “Despite Donald Trump’s populist posturing, there are few people more obsessed with Ivy League credentials. Kavanaugh’s nomination shows how sick the cultures that produce those credentials — and thus our ruling class — can be.”

She went on to describe Kavanaugh’s high school, Georgetown Prep, as “a bastion of heedless male entitlement” and to note his involvement in a fraternity and a secret society as evidence of his participation in a “piggish milieu.” She also mentioned his time clerking for appeals court judge Alex Kozinski, who later resigned after multiple accusations of sexual harassment. The insinuation of this litany is obvious: If not in fact guilty of what his accusers alleged — a possibility Goldberg declined to mention, despite the overwhelming lack of credible evidence — Kavanaugh was at least guilty by association.

But in her latest column, considering Tara Reade’s recent sexual-assault allegations against Joe Biden, Goldberg is markedly less strident. “Must Democrats, for the sake of consistency, regard their presumptive presidential nominee as a sexual predator?” she asks. Her answer is, in essence, of course not.

“No one, looking at what’s been reported about Reade and Biden, can claim to have more than a hunch about what happened,” she writes, a far cry from how she wrote about Kavanaugh with far less evidence to go on.

Goldberg takes great pains to detail Reade’s “wacky political views,” saying Biden’s accuser “seems almost engineered in a lab to inspire skepticism in mainstream Democrats.” Though she permits that the accusation might be true regardless, her column is far more concerned with defending Democrats from the Republican charge of hypocrisy.

“If [Kavanaugh accuser Christine Blasey Ford] had been so inconsistent in telling her story, feminists might still have believed her, but they likely wouldn’t have made her a cause célèbre, and Democrats on Capitol Hill never would have invited her to testify publicly,” Goldberg says.

This is perhaps the weakest moment in an otherwise weak column — she ignores, as does anyone who persists in believing the anti-Kavanaugh narrative, that there was never a single piece of evidence that Blasey Ford and Kavanaugh even met or were in the same place on the night in question, let alone that he assaulted her. Reade, by contrast, evidently knew Biden because she worked for him. Unlike Blasey Ford, she told at least one friend at the time that Biden had assaulted her.

It is perfectly legitimate, and in fact necessary, to investigate Reade’s story for the sake of finding the truth. Conservatives would be wrong to wield against Biden the same unfair standard that Democrats used against Kavanaugh. But with this column, Goldberg has joined her employer in giving their political ally a free pass after using accusations with far less merit to denigrate a political opponent.