How about some quality questions and real answers? 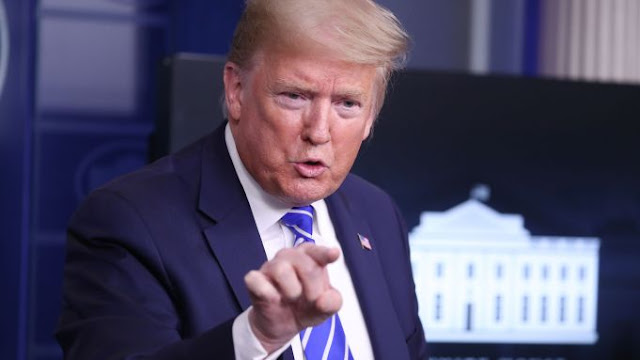 President Trump seems increasingly ambivalent about the utility of the daily and sometime marathon press conferences. He should be — and for reasons besides just their length and frequency.

First, Trump gets bogged down into long, back-and-forth jousts with the touché Washington press corps. His impromptu skills, honed both as president and in his years on television, usually ensure him tactical victories. He is not peremptory but retaliatory in his put-downs.

Fine. Most Americans don’t especially like the Washington press corps. So they don’t mind them earning the repartee that their rude provocation deserves.

But Trump’s victories are becoming Pyrrhic.

Anyone who watches the entire press conference sees the context, and why the president is legitimately upset with the constant “gotcha” attempts while the nation has more serious concerns. But few in the nation do watch all of them. Instead the public gleans bits and pieces of them as carefully edited sound bites delivered by print and television media.

The result is that winning against a provocative Jim Acosta rarely delivers a strategic victory. Trump’s retorts are cut and pasted into network news sound bites designed to make him sound petty at a time of national uncertainty and indeed panic.

Good news: The virus seems to be more widespread but less lethal, and here earlier, than once imagined, while its infectiousness is nearing its peak if not descending in many places. But this good news is lost amid the media stridency. Instead, the public gets 20-second distortions in the evening news that Trump wants us to drink Lysol.

Second, the coronavirus is not just a medical challenge, at least not anymore.

How Americans will fare also hinges on the economy, our national security, and the viability of the Constitution.

Trump, then, needs to allow Doctors Fauci and Birx their five minutes, but only their five minutes — especially given the media’s gambit of trying to entrap both in some sort of “adult-in-the-room,” scientific put-down of the supposedly clueless president at their side.

Trump should shift some of the medical focus to include a rotating cast of other experts. And he should emphasize that, in making decisions as president, he takes account of all sorts of inputs beside medical modeling and theories about the trajectory of the virus.

On some days, the chairman of the Joint Chiefs or the secretary of Defense could reassure the nation that it remains secure despite challenges ranging from viral outbreaks on warships, to Chinese and Iranian efforts to exploit the crisis, to the status of North Korea.

Attorney General Barr should make regular appearances to remind the nation — and its governors — that we still have a First and Second Amendment, and the need to integrate public-health concerns and constitutional freedoms.

The secretary of the Treasury or the other chief economic advisers should continue to weigh in with equal regularity on the plan to restore prosperity.

The point, then, is that in a 30-minute press conference, Trump should be the conductor but not overtly the main attraction. Paradoxically, in this way, he’d gain stature and become the implicit main attraction, as all presidents should be.

The conference should be a symphony of expertise, not a cacophony of media egos. A press-conference paradigm might run something like this:

Trump offers a five-minute summary of all the data — medical, economic, financial, military, legal — that he is adjudicating.

Next, Vice President Pence, in three to four minutes, touches on these concerns in more detail.

Then each expert steps forward for four to five minutes and offer a concise update of what, if anything, has changed in the last 24 hours.

After 25 minutes, the press gets five to ten minutes of questions, directed to all the presenters. Trump as the conductor calls on the questioners and directs them to the relevant members of his team.

Trump then wraps up the 30-minute conference, with a synopsis of one or two minutes, concluding, “Our team may see you tomorrow.”

A final suggestion. What Americans want to learn from the government is increasingly not what the Washington press corps wishes to pry out from Donald Trump.

So why, in a national crisis, do we hear from only a handful of the usual suspects, whose tired agendas and overt methods are now banal?

Why not return to the earlier Trump paradigm, especially in our new age of Skype and Zoom, to include reporters from the heartland and rural America, who would give some balance in their concerns beyond those of the New York and Washington corridor? Indeed, perhaps outsiders, reporting from different states, might even offer more light than heat about how the nation assesses, and wishes to help, the Eastern Seaboard?

Cannot there be a stable of 20–30 or so reporters from Salt Lake City, Bakersfield, Des Moines, El Paso, and Biloxi, some of whom in each conference can pose questions that will probably be different from those of the Washington press corps — itself an increasingly ossified concept in a post-viral and remote brave new world?

It is in the interest of the nation as well as the president to diversify the press conferences, shorten them, keep them to tight schedules — and to not let them become monotonously hijacked by those with little if any expertise other than in parroting “I told you so” and “I got you.”