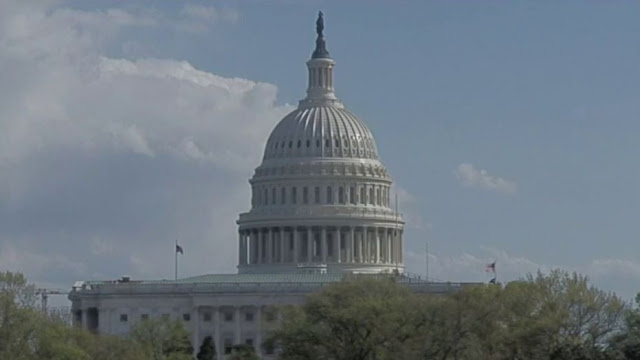 The legislation, which the Senate passed unanimously on Tuesday, now goes to the desk of President Trump, who has promised to sign it quickly into law.

The massive package is the fourth coronavirus bill to move through Congress over the last seven weeks, and brings the federal response to the global pandemic up to a whopping $2.8 trillion — by far the largest emergency relief effort in modern U.S. history.

It came after two weeks of tense talks between the White House, led by Treasury Secretary Steven Mnuchin, and the top Democrats in both chambers, Speaker Nancy Pelosi (D-Calif.) and Senate Minority Leader Charles Schumer (D-N.Y.), over the scope and direction of the latest infusion of emergency funds.

Passage was never in doubt: The measure was endorsed by leaders in both parties and chambers, as well as Trump from the White House.

Yet the process was not without plenty of controversy, after GOP leaders, nudged by their conservative flank, rejected the notion of passing the measure either unanimously or by voice vote — two procedural options that would have precluded the need for lawmakers to return to Washington amid lingering concerns over public travel.

Instead, Republicans insisted on staging a recorded vote, which required lawmakers to cast their ballots physically on the chamber floor — and forced Democratic leaders to adopt some extraordinary steps to ensure that members conformed to the social distancing guidelines established by public health officials.

To do so, lawmakers — most of them wearing masks — bucked the tradition of gathering all at once on the floor to vote, and instead entered the chamber in nine staggered groups, sorted alphabetically, to prevent overcrowding.

There were other signs that this would be no ordinary vote.

Outside the chamber, staff had set up a table with surgical masks and rubber gloves available to lawmakers as they entered. Inside, there were paper towel dispensers; boxes of sanitary wipes; and warning notices taped to all but every fourth chair, lest members be tempted to sit too closely.

Despite the precautionary measures, there was lingering resentment among many lawmakers, particularly Democrats, who were up-in-arms that Republican leaders would force members to board trains and planes to vote formally on a bill whose passage was preordained given the advice that travel and large gatherings of people be avoided.

Those dynamics were a remarkable shift from the debate on March 27, when the House passed the CARES Act by a voice vote. Then, leaders in both parties had united to overcome a threat from Rep. Tom Massie (R-Ky.) to force a recorded vote. On Thursday, virtually every Republican had joined Massie’s cause — a reversal that was not overlooked by the libertarian Kentuckian.

“I said if truckers, nurses, & grocers can work, then so can Congress! I was called the most hated man in DC by CNN,” Massie tweeted amid Thursday’s debate.

“Today, dozens will demand a recorded vote. #winning,” he added.

Central to the massive relief package is $310 billion to replenish the Paycheck Protection Program (PPP), a new — and wildly popular — initiative that provides forgivable loans to small businesses devastated by the pandemic. Congress had allotted an initial $349 billion for the PPP in the last relief bill, a $2.2 trillion package enacted on March 27, only to see the funds run dry shortly afterward due to the rush of businesses seeking to tap the benefits.

Several weeks ago, Mnuchin and the Republicans had requested an additional $250 billion for PPP loans, and nothing else, for the next round of emergency relief. Democrats rejected that strategy outright, demanding additional language to ensure that vulnerable small businesses in underserved areas — including those owned by women and minorities — weren’t left out of the program.

As a result, the package earmarks $60 billion for community banks and smaller lenders, who tend to cater to those underserved businesses, while providing an additional $60 billion for emergency business grants and loans.

Democrats also secured an additional $75 billion for hospitals and community health centers, and another $25 billion to boost COVID-19 testing, divided between state and federal governments.

Not that Democrats got everything they wanted. Despite their push for additional funding for food assistance programs and state and local governments, those provisions did not make it into the legislation. The exclusions provided a win for Republicans, who argued that funding passed in the previous three coronavirus bills should be exhausted before Congress provides additional money to those areas.

Even before the fourth emergency bill has been signed, there is already plenty of talk of yet another round in the weeks to come.

Pelosi and House Democrats have already been working feverishly on that next package, dubbed CARES 2, with plans to fill it with an expansion of funding for unemployment benefits, food stamps, testing and medical-safety equipment.

They also want provisions to protect November’s elections, by providing states with funding to establish all-mail voting — a system designed to encourage participation even for those voters wary of the health risk of visiting the polls in person.

Senate Majority Leader Mitch McConnell (R-Ky.) and some other GOP leaders are already throwing cold water on the CARES 2 effort, warning that the historic emergency spending has already exploded the federal deficit.

Yet supporters of another package have a powerful ally in Trump, who wasted no time this week advocating for the next round, including new funding for infrastructure projects, help for hard-hit restaurants and sports leagues, and the assistance for state and local governments that Democrats are promoting.

“After I sign this Bill,” he tweeted Tuesday, “we will begin discussions on the next Legislative Initiative.”