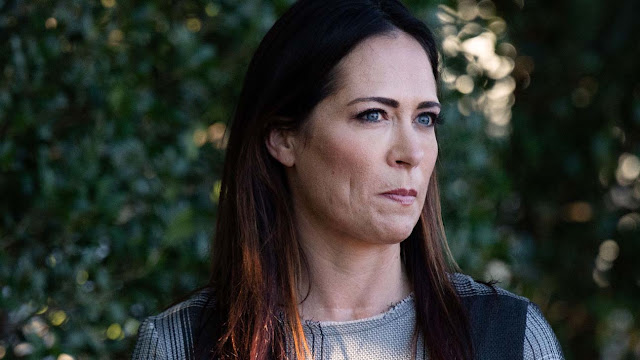 Stephanie Grisham is leaving her position as White House press secretary after less than a year on the job, according to two people familiar with the matter.

She is expected to return to her original post representing First Lady Melania Trump.

Grisham, who replaced Sarah Sanders last June, will leave her position without ever having conducted a White House briefing. Her departure follows the arrival of President Trump’s new chief of staff, Mark Meadows, who is said to be interviewing potential replacements.

She will return to the East Wing to serve as Melania Trump’s spokeswoman and chief of staff effective immediately, the first lady said in a statement issued later Tuesday morning.

“I am excited to welcome Stephanie back to the team in this new role,” the first lady said. “She has been a mainstay and true leader in the Administration from even before day one, and I know she will excel as Chief of Staff.”

Lindsey Reynolds stepped down as Melania Trump’s chief of staff earlier this week to spend more time with her family, according to the statement.

“I continue to be honored to serve both the President and First Lady in the Administration,” Grisham said in a statement. “ My replacements will be announced in the coming days and I will stay in the West Wing to help with a smooth transition for as long as needed.”

Her West Wing exit, which was first reported by CNN, comes amid talk of a broader staff shake up under Meadows. Jessica Ditto, another communications aide, announced last month she would be leaving for the private sector.

Meadows is said to be interested in having Alyssa Farah, a former Freedom Caucus spokeswoman and the current press secretary for the Pentagon, serve as White House press secretary.

Grisham’s legacy as press secretary is largely defined by her lack of visibility. She did not hold a single press briefing, nor did she engage in gaggles with reporters on camera, something deputy press secretary Hogan Gidley, White House counselor Kellyanne Conway and top economic adviser Larry Kudlow do regularly.

The outgoing press secretary did appear frequently on Fox News programming, where she was occasionally asked about the lack of briefings. She attributed the decision to President Trump’s accessibility and her belief that reporters used the briefings as “theatre” to boost their profile.

She stirred controversy on a a few occasions when she granted or limited access to certain outlets. Grisham suspended a Playboy reporter’s hard pass last summer, citing a lack of decorum at a Rose Garden event attended by pro-Trump social media personalities. She caused an uproar again last week by inviting One America News Network (OAN) to attend coronavirus press briefings as her guest, even though doing so violated social distancing policies put in place for public health reasons.