Fed will finance up to $2T in new coronavirus relief 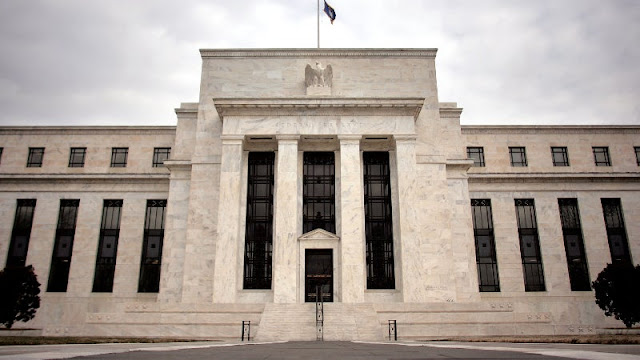 The Federal Reserve on Thursday announced it would finance up to $2.3 trillion in further economic support for the U.S. as the central bank aims to steer the economy through a coronavirus-driven recession.

The latest tranche of Fed economic rescue will include $600 billion to purchase loans to small and midsize businesses, $500 billion to buy state municipal bonds, and billions more to bolster the central bank’s ongoing purchases of Treasury, corporate, consumer and municipal securities.

The Fed also rolled out a facility to purchase forgivable loans issued to small or midsize businesses under the Paycheck Protection Program created through a $2 trillion economic stimulus bill signed by President Trump in March. The Fed will buy those loans off the balance sheets of banks who issued them, giving lenders more cash and room to keep credit flowing to small businesses.

"Our country's highest priority must be to address this public health crisis, providing care for the ill and limiting the further spread of the virus," Fed Chairman Jerome Powell said in a Thursday statement.

"The Fed's role is to provide as much relief and stability as we can during this period of constrained economic activity, and our actions today will help ensure that the eventual recovery is as vigorous as possible."

The Fed has taken unprecedented steps to keep the U.S. economy afloat and financial markets stable as the pandemic plunges the country into a deep economic downturn

The central bank has purchased more than $1 trillion in bonds and other securities, opened nearly a dozen direct lending facilities through the Fed system and leaned heavily on its emergency powers to provide relief across the economy.

The Treasury Department will support the lending facilities through $195 billion in credit protection, most of which comes from the $454 billion appropriated to the Treasury under the coronavirus economic rescue bill to backstop Fed emergency loans.

The Fed previously announced it would open a “Main Street Lending Facility” to furnish loans directly to struggling businesses, and specified Thursday that it would offer 4-year loans to companies with up to 10,000 employees or less than $2.5 billion in annual revenue that were financially solid before the coronavirus.

Under the new Fed facility, banks can issue the loans directly to businesses, then sell up to 95 percent of the loan to the central bank until the Fed has purchased $600 billion in “Main Street” loans.

The Fed also announced Thursday it would open a Municipal Liquidity Facility that would purchase up to $500 billion in short-term debt issued directly by states, including the District of Columbia. Those purchases are intended to help stabilize roiled municipal debt markets and aid cash-strapped states facing sharp declines in revenue and spiking unemployment claims.