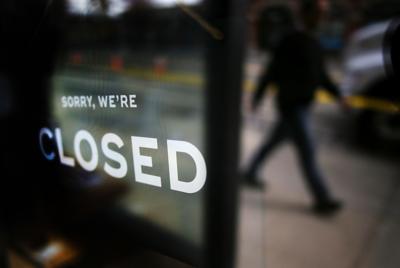 The U.S. lost 701,000 jobs in March as the growing coronavirus pandemic devastated the American economy and ended more than a decade of uninterrupted employment growth, according to data released Friday by the Labor Department.

The first wave in a surge of layoffs driven by COVID-19 broke a record-breaking 113-month streak of consecutive monthly job gains that began in October 2010, according to the March jobs report. The unemployment rate rose to 4.4 percent from 3.5 percent in February, the largest one-month jump since January 1975.

The new numbers are the latest window into the steep economic toll of the coronavirus pandemic as it spreads through the U.S. and transforms every aspect of daily life. As of Friday morning, there are more than 240,000 confirmed U.S. cases of COVID-19, the disease caused by the novel coronavirus, resulting in more than 6,000 deaths, according to data compiled by Johns Hopkins University.

Businesses across the country have been forced to close or restrict their operations to comply with government bans on social gatherings issued last month to slow the pandemic’s spread.

Shuttered restaurants, bars, entertainment venues, recreational facilities and other businesses deemed nonessential have laid off millions of workers, with more than 6.6 million new applicants for unemployment benefits in the final week of March alone.

The leisure and hospitality industry lost 459,000 jobs in March, led by the evaporation of 417,000 restaurant and bar jobs. The coronavirus pandemic wiped out roughly two years of food service industry gains, according to the Bureau of Labor Statistics.

Even with the backdrop of surging unemployment claims, March's jobs losses far surpassed expectations. The consensus projection among economists was for a loss of 100,000 jobs in March with hundreds of thousands more reflected in the next monthly employment report.

While the March jobs report shows the initial stages of the pandemic-driven economic collapse, it will likely take another month to gauge the full extent of the damage. The two surveys used to compile the March job data were issued during the week of March 12, shortly before a flood of jobless claims crushed state unemployment websites and municipal budgets.

The federal government has already taken unprecedented measures to support the economy in the face of the worst pandemic in more than a century. President Trump last week signed a $2 trillion economic rescue bill that included direct payments to U.S. adults, more than $350 billion in loans to small businesses and billions more in corporate and industry aid.

“We're going through something that we've never done before where the government has shut down big parts of the economy because of health reasons,” Treasury Secretary Steven Mnuchin said Thursday during a White House briefing.

The Federal Reserve has zeroed-out its baseline interest rate range, purchased more than $1 trillion in Treasury bonds and other securities and opened a range of emergency lending facilities to keep credit flowing and financial markets stable.

There could still be more action to rescue the economy ahead as Trump and House Democrats both call for another titanic, $2-trillion stimulus bill, this one targeted at infrastructure. The Fed is also under growing pressure to expand its emergency lending operations to states and cities under financial pressure from the pandemic and its economic toll.

While GOP congressional leaders have waived off calls for further government spending, many economists say there is still a crucial need for government support across the economy.

Public health officials have warned that it may be months before Americans can return to social gatherings and the businesses that depend on them. Early hopes for a quick return to the vibrant economy cut short by the pandemic have faded, and economists have warned of a grueling path ahead.

“The economy's not going to bounce back in the way in which Washington is talking. That idea of a V-shaped recovery? That should be gently put aside, and you should prepare for an elongated, frustrating recovery featuring high levels of unemployment and sluggish wages,” Brusuelas said.