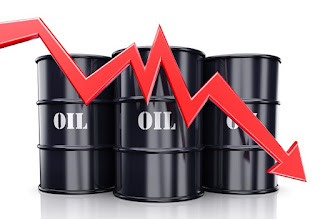 The Dow Jones Industrial Average plunged more than 1,200 points, or 5 percent, in the first two days of trading this week amid turmoil in energy markets.

The losses followed record lows for oil on Monday, when futures for May fell into negative territory for the first time as demand collapsed and traders scrambled for storage capacity. Producers ended up paying buyers to take oil off their hands for much of the trading day, though the numbers reentered positive territory by Monday's closing bell.

President Trump on Tuesday floated the possibility of providing government funds to support the struggling sector.

"We will never let the great U.S. Oil & Gas Industry down," he tweeted, adding that his administration was working on a plan to make additional funds available.

In the meantime, publicly traded companies began reporting their earnings from the first three months of the year, providing a glimpse into the extent of the economic impact of the coronavirus pandemic, though much of the damage is expected in the second quarter.