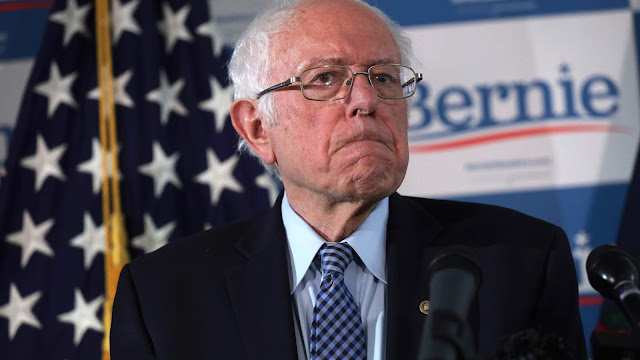 The withdrawal of Bernie Sanders this morning brings an anti-climactic end to the Democratic primary race. Sanders officially becomes the first candidate since Ed Muskie in 1972 to win both Iowa and New Hampshire without winning the nomination.

Given the overwhelmingly white demographics of those two states and how out of step their results were with the calendar from South Carolina on, the chief importance of his 2020 campaign may well be to spell the end of Iowa and New Hampshire as the first two contests, at least on the Democratic side. The vote-counting fiasco in the Iowa caucuses only helps the case of Democrats pushing for those changes.

Sanders will be 83 in 2024, and while the 2020 race has pushed the envelope on the age of candidates (both Joe Biden and Donald Trump will be older on Election Day than Ronald Reagan was in 1984 when he became the oldest person to win a presidential election), it seems safe to say that Sanders has run his last national race.

It is too early to say, really, what Sanders accomplished in his two runs for national office. Predictions from his high tide in February that Sanders would be the Reagan of the Democrats now look embarrassingly premature. He did not transform his party; it came together with startling speed and cohesiveness to reject him in favor of a man who has been in D.C. for half a century and lives and breathes the old Senate norms of bipartisan centrism and corporate fundraising.

Joe Biden is a liberal, not a centrist, in his politics, and he pandered to his party’s left wing in a variety of ways during the primaries, but he is anything but a Sanders-style revolutionary. If anything, Biden’s primary-season panders were aimed more at the “woke” social-issue left than at Bernie’s kind of class warfare.

That said, the defeat of Goldwater and the sharp Republican turn to the center under Nixon were not the end of Goldwater’s influence on the party. (The same could be said of the Democrats’ moving from McGovern to Carter). Like conservatives in 1965-68, Sanders-style progressives now have a message, a self-identity as a faction, a generation of younger spokespeople in Congress and state governments, and a sympathetic apparatus of writers, pundits, and think-tankers.

Biden’s victory reflects, in part, the fact that black voters in particular were not ready for the message of Sanders or Elizabeth Warren, and that will be an insuperable obstacle to their wing of the party’s gaining power so long as it remains true. But Biden also won the nomination in good part due to a “flight to safety” effect: Democratic primary voters were too worried about Donald Trump, and about the pandemic erupting as the primaries heated up, to take a flier on revolution.

While this may be a day to celebrate the defeat of socialism within the Democratic Party, the fight that Sanders started almost alone in 2016 is far from over. Both the right and the center-left would be foolish to think it is.