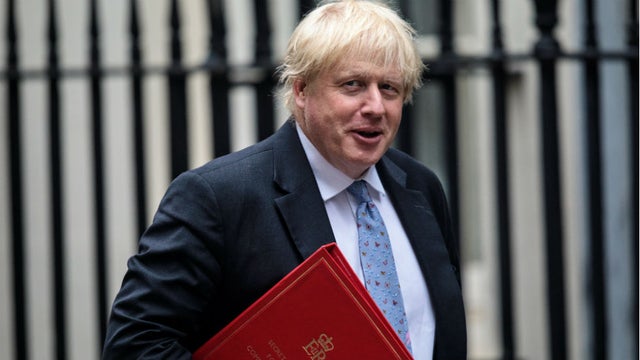 British Prime Minister Boris Johnson has tested negative for the coronavirus after leaving the hospital where he underwent COVID-19 treatment, his spokesman said Monday.

Spokesman James Slack said the prime minister is continuing to recover after being discharged from St. Thomas’ Hospital in London on Sunday, The Associated Press reported. He now is at Chequers, the prime minister’s country residence, and is “not immediately returning to work.”

Slack denied that the government had downplayed how sick Johnson was, according to the AP. Over the weekend, Johnson also spoke with Foreign Secretary Dominic Raab, who has been deputizing for Johnson during his illness, Slack said.

The prime minister was diagnosed with COVID-19 last month and was admitted to the hospital after his symptoms worsened. Johnson was then treated in the intensive care unit for three nights before moving back to a regular hospital room.

Johnson left the hospital Sunday and commended the National Health Service in a video address to the country, saying it “saved my life, no question.”

The mother of a nurse who treated Johnson while in the ICU said her daughter found the experience "surreal," according to the AP.

Caroline McGee, mother of Jenny McGee, whom Johnson praised in his video address, told broadcaster TVNZ that her daughter "had just had a most surreal time in her life, something she will never forget, and that she had been taking care of Boris."

The United Kingdom has confirmed at least 89,554 positive cases and 11,346 deaths, according to data from Johns Hopkins University.