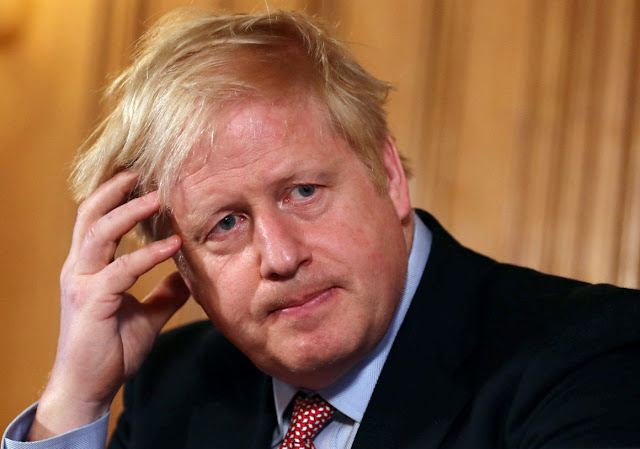 British Prime Minister Boris Johnson was admitted to the hospital Sunday night due to ongoing coronavirus symptoms, a statement from his office said.

Johnson was hospitalized "on the advice of his doctor" after experiencing symptoms for more than 10 days after being diagnosed with COVID-19, according to the statement, which was obtained by the BBC.

"The Prime Minister thanks NHS staff for all of their incredible hard work and urges the public to continue to follow the Government's advice to stay at home, protect the NHS and save lives," Johnson's office added, referring to the U.K.'s National Health Service.

Johnson announced that he had tested positives for the coronavirus two weeks ago, saying at the time that he would continue to lead his deputies in the government by video conference.

"Over the last 24 hours I have developed mild symptoms and tested positive for coronavirus," Johnson tweeted on March 26. "I am now self-isolating, but I will continue to lead the government’s response via video-conference as we fight this virus."

Johnson is one of the only heads of state to test positive for the virus so far, with Monaco's Prince Albert another example.

According to Johns Hopkins University, the U.K. has confirmed more than 48,000 cases of the virus and nearly 5,000 deaths.