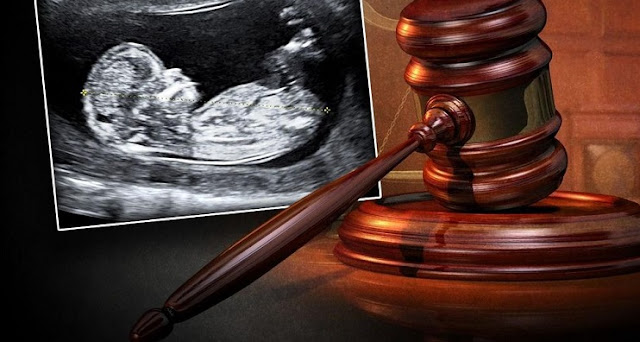 The 10th Circuit Court of Appeals has upheld a lower court’s ruling blocking an executive order signed by Oklahoma Gov. Kevin Stitt (R) last month that sought to temporarily ban abortion services in the state during the coronavirus pandemic.

The decision on Monday lets stand District Judge Charles Goodwin’s move earlier this month to grant a temporary restraining order against the state’s ban on abortion.

Stitt issued an executive order last month that mandated residents and medical providers in the state postpone “elective surgeries, minor medical procedures, and non-emergency dental procedures” so that more medical supplies could be reserved for healthcare professionals working to combat the coronavirus outbreak.

The move announcement was instantly met with legal challenges from abortion providers in the state who argued the halt on abortion services was unconstitutional.

In his ruling blocking the order earlier this month, Goodwin, a Trump appointee, said the ban would have caused “irreparable harm” to women seeking abortions.

Nancy Northup, president and CEO of the Center for Reproductive Rights, one of the groups to sue state over the order, praised the decision by the appeals court on Monday to uphold the previous ruling blocking Stitt’s order.

“It’s important that the appellate court rejected Oklahoma’s attempt to ban abortions in the state,” she said in a statement. “It’s time for Oklahoma and other states to stop exploiting the pandemic to shutdown clinics. Oklahoma’s true motive has never been more apparent. This has nothing to do with the current pandemic--it’s purely politics.”

Alexis McGill Johnson, acting president and CEO of Planned Parenthood Federation of America, also commended Monday’s ruling, but added in a statement that the fight for abortion rights is “not over” in Oklahoma.

“Instead of responding to the COVID-19 pandemic, Gov. Stitt is wasting valuable time and resources to attack essential, time-sensitive abortion services that cannot wait for a pandemic to pass,” she said. “Gov. Stitt’s relentless attacks on health care access during a public health crisis is making a dire situation even worse.”

“We won’t stand for it,” she added. “Planned Parenthood will continue to fight these cruel attacks on the abortion services our patients need in Oklahoma and across the country — no matter what.”

A number of states across the country have in recent weeks sought to classify abortions as nonessential procedures, which have been put on pause to conserve protective equipment for healthcare workers on the frontline of the coronavirus pandemic.

A district judge in Alabama ruled on Sunday that abortions must be allowed to continue in the state. In Texas, reproductive rights groups have sought a ruling from the U.S. Supreme Court after a federal appeals court sided with the state in restricting the procedure.