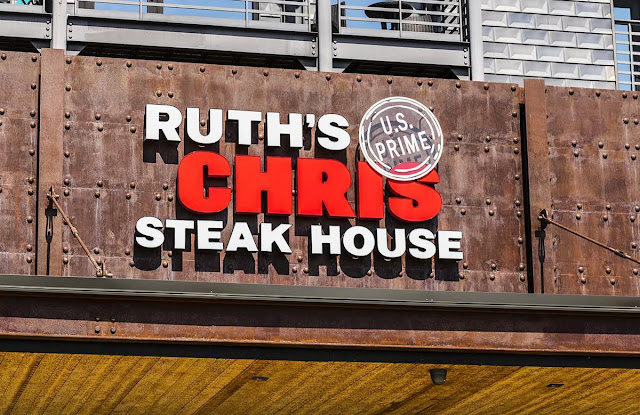 Congress is under increasing pressure to ensure an extension of the popular Payment Protection Program (PPP) gets desperately needed funds to the small businesses it’s intended to help, not to big corporations.

Nationwide chains and companies recently revealed they received funds from the program designed for businesses with fewer than 500 employees before the $349 billion in funding ran out last week.

At least 17 companies with more than 500 employees — the threshold for PPP eligibility — have received a total of $143 million in relief loans.

“This President needs to be a leader in making sure the entire American economy is able to rebound, not just well connected firms and their investors,” said Derek Martin, a spokesman for Accountable.US, in a statement.

Sen. Marco Rubio (R-Fla.), who as chairman of the Senate Small Business and Entrepreneurship Committee had a significant role in designing the program, admitted that some funds likely ended up in the wrong hands but argued that the program's shortcomings came second to getting it up and running in the first place.

"In emergencies, mistakes are going to be made. But the biggest mistake you can make is to move too slowly," he said on CNBC. "The goal here is to get the money out quickly. So we sort of erred on the side of expediency."

The idea of establishing a needs test for loans was set aside on purpose, he said, in order to ensure businesses did not face an onerous application process that delayed money from getting out the door quickly.

Hotels and restaurants received a carve-out exempting them from the 500-employee limit, Rubio added, because they had been hit so hard early on in the pandemic.


“These hotels, they may say Marriott or Hyatt or Hilton, but it's actually owned by an individual. It's just a flag that's on it. And the same can happen with restaurants and franchises,” he said.

While Shake Shack said it will now forgo the loan, the backlash shined a light on the disparity within the PPP that could allow major chains to secure funding intended to keep smaller businesses afloat.

Critics say the provision for restaurant and hotel chains ended up aiding larger firms that already have better access to capital markets.

“Shake Shack is giving up the loan, [and] technically they did nothing wrong, playing by the rules as written,” wrote Amanda Fischer, policy director at the Washington Center for Equitable Growth, a left-leaning think tank.

“But Congress should probably tighten the small-business program for next time. Chains like Shake Shack already have a lot of advantages,” she continued.

Lawmakers in Congress, some of whom have been involved in negotiations to add funding to the PPP, took notice of the criticism.

"Businesses that did not see a significant downturn in revenues, they shouldn't get it," said Sen. Rick Scott (R-Fla.) in a Fox News interview.

"Look at what they did to our smallest companies. They couldn't even apply until just a few days before the money ran out," he added.

Scott called for legislative action to ensure only hard-hit businesses receive funds and to prevent banks and lending institutions from adding further requirements for borrowers.

The program, which was created as part of the record $2.2 trillion coronavirus relief bill, launched just a week after President Trump signed the emergency measure into law on March 27.

Businesses rushed to apply for the loans, which the government said would be forgiven if they were used primarily to keep workers on the books and cover a few other fixed expenses.

But it was beset with confusion early on.

The Treasury Department was still putting out rules and regulations the night before it was set to launch. Banks and lenders struggled to adapt, and many initially offered the loans only to their existing clients, freezing out entire swaths of the business community.

Democrats have since called for rules that would ensure smaller, community banks, particularly those that service minority and underbanked populations, have a leg up in the lending process.

“If these smaller institutions are not able to help their communities, we fear the PPP will fail to achieve the goal of keeping small businesses afloat, and instead, leave small businesses and farmers in rural and underserved communities without access to necessary capital to survive,” the centrist Blue Dog Democrats wrote in a letter to Treasury Secretary Steven Mnuchin on Monday.

“This is everyone’s worst nightmare about government — it doesn’t work when you need it the most,” they added.

On Monday, speaking on Fox News, House Minority Leader Kevin McCarthy (R-Calif.) acknowledged the problems facing smaller businesses and suggested there might be protective language in the next bill to address them.

Republicans were initially opposed to that protective language.

"The money that has already moved out — the $350 billion — 60 percent of that all went through very small banks. In this new funding that we go through, we actually allocate another $60 billion has to go through small banks as well," McCarthy said.

"So this is an opportunity when there's 700,000 small businesses with applications already in and a number of them trying to get in. Remember what this does: This pays your payroll for the next two months. And it's not a loan. It's a grant that pays your rent, your utilities."