Analysis: It’s still religion even if you’re not congregating in person 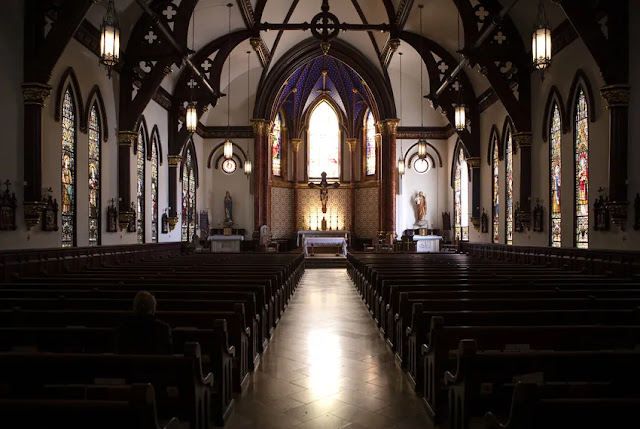 Billy Sunday was a big-time evangelist and a former professional baseball player at the turn of the last century. He was a major figure in American life who, during the peak of the Spanish flu pandemic in 1918, insisted on continuing his large religious and temperance revivals in Providence, Rhode Island.

That was ill advised, whatever your religious beliefs. Putting large numbers of people close together during a pandemic for any reason — religious, cultural, economic — is an invitation for a disease to do its worst.

And it did. At one gathering during the 1918 pandemic recounted on the PBS documentary series “American Experience,” Sunday preached even while people in his audience were collapsing. He had blamed the flu sweeping the country on sin, saying, “We can meet here tonight and pray down the epidemic.”

That might as well have happened this week. Gov. Greg Abbott finally issued a long-awaited stay-at-home order Monday, saying “every person in Texas shall, except where necessary to provide or obtain essential services, minimize social gatherings and minimize in-person contact with people who are not in the same household” — except for “essential” services and activities. His list of essentials includes “religious services,” and while many Texas churches have swapped in-person services for virtual ones, some are conducting regular services.

Abbott put religious services on the menu after some local orders in Texas barred gatherings of 10 or more people, including congregations — and after at least one lawsuit challenged those restrictions as violations of constitutional protection of religious freedom.

Public health advice and religious practice collided 102 years ago, when the Spanish flu ravaged America and the rest of the world. And we’re apparently still struggling with what we learned then. In October 1918, that pandemic killed 195,000 people, more Americans than have ever died in one month.

Religious services are designed to pull people together, to congregate, to commune, to pray. They’re held in sanctuaries — safe spaces. But for all of the good intent, that can be dangerous. Passing the collection plate is safer online than in person, where it goes hand to hand through the pews.

You saw the story about the choir in Washington state that met for a rehearsal and gave the new coronavirus space to run? Sixty members of the Skagit Valley Chorale showed up for practice March 6. Three weeks later, 45 had been diagnosed with COVID-19 or were sick with some of the symptoms. Two had died.

This isn’t America’s first pandemic. Some of the state’s leaders seem to have forgotten — if they ever knew — what happened before.

Billy Sunday, like some of his current-day counterparts, wanted to gather his congregants. And he had fewer options for drawing a crowd than modern preachers, whose audiences have mobile phones, computers, televisions and other tools of mass communications.

Modern leaders might bear that in mind as they try to honor religious freedoms and rights, while also trying to keep Texans alive and healthy enough to keep praying for years to come.

In spite of his determination to defy the advice of the public health experts of his day, Sunday did recognize a difference between faith and attendance at a place of worship.

“Going to church doesn't make you a Christian,” Sunday said, “any more than going to a garage makes you an automobile.”