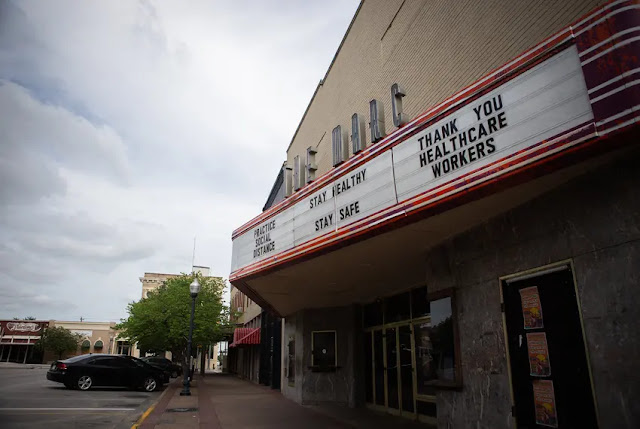 By Jim Henson and Joshua Blank

The persistent and very public pressure on Gov. Greg Abbott to “open up” Texas less than a month after his April 2 stay-at-home order has come mainly from a small but vocal cadre of current and former Republican elected officials and a small but attention-grabbing hodgepodge of protestors and dissident GOP tweeters from the right.

The April 2020 University of Texas/Texas Tribune Poll found signs of staying-at-home fatigue (no argument here), acute concern about the economic fallout from attempts to starve the virus of human hosts, and just plain impatience. Even so, it also showed that most Texans, Republicans included, take the threat of COVID-19 seriously enough to ignore the loud and inflammatory calls for a rapid reversal.

It is important to differentiate the outright rejectors of the stay-at-home approach from the larger body of today’s impatient, mostly Republican voters. They form the potential pool of “end the lockdown” protestors if they’re not satisfied with the governor’s plans to reopen the state. That’s not impossible to imagine — think of the 2010 Tea Party protests, when a relatively modest number of activists were able to turn the passive support of most Republicans into an outright political wave.

There is plenty of evidence that a large share of Texas Republicans both expect and want the statewide stay-at-home regime to be loosened soon, or to end altogether. One in four oppose the state’s order requiring Texans to stay at home except for essential activities, compared to 5% of Democrats and 16% of Texans overall.

A majority of Texas Republicans (55%) believe that keeping people at home for too long poses the larger threat to the U.S. when compared to not keeping people at home long enough (32%). Combine this with the belief among 85% of Republicans that the virus will be contained enough to resume some normal activities in the next few months. Of those, 47% believe either that it will be contained within the next few weeks or has been contained enough already.

With those numbers, one can start to understand the impatience to reopen that Republican officials in Texas, including the governor, are channeling.

But behind that impatience is recognition by most Republican voters that COVID-19 requires a serious public policy response. For instance, 81% support requiring mandatory 14-day self-quarantines for anyone exposed to the virus. However ready they are for business to resume, 69% of Republicans support the stay-at-home order. Republicans are, for the most part, changing their behavior to comply with the restrictions: 58% reported leaving their residence only when they had to, with another 5% said they are not leaving home at all.

Figuring out who rejects the current stay-at-home order out of hand is perhaps trickier, though there are several indicators in the poll data. Not all are Republicans, though larger shares of Republicans than Democrats show indications of outright rejection of the measures in place to slow the spread of the virus.

Overall, only 6% of Texas voters say that the coronavirus is “a minor problem” or “not a problem at all.” Among this group, 58% identify as Republicans, compared to 20% identifying as Democrats and 22% as independents. Ideologically, conservatives are more likely than liberals or moderates to minimize the seriousness of the pandemic. When it comes to determining who among Texans thinks that the coronavirus is not a serious problem, Republicans and conservatives are overrepresented, but overrepresented in an extremely small share of the electorate: again, 6%.

Similarly, among the 9% of Texans who say that people they know are “doing too much” to adjust their habits in response to the coronavirus, 71% identify as Republicans, compared to 19% identifying as Democrats. And even though Republicans are more likely to think the virus will be contained sooner, only 9% of Texas voters think the virus is already contained.

Only 2% of Texas voters say that the coronavirus is a “minor problem” or “not a problem at all,” and also think that people are changing their behavior too much in response to it, and also oppose the state’s stay-at-home order. This is the fringiest of the fringe.

The governor has to balance real concerns within his party and the state as a whole as he looks to reopen. Ultimately, more people have already been affected by the economic downturn than by COVID-19. It’s not surprising that more voters are concerned about unemployment (75%), the U.S. economy (72%), and the Texas economy (67%) than about the healthcare system (65%) or the spread of the coronavirus in their community (54%). And when assessing top-level concerns, Republicans are significantly more concerned about economic considerations than the spread of the virus in their communities.

It’s no surprise that the governor has been probing reactions to acting sooner rather than later. Most Texans still see a threat in the coronavirus and, so far, are largely approving of state, county and city actions to prevent its spread — even if those measures have also contributed heavily to the economic downturn. Establishing the speed and the particulars of the Texas reopening will be one of the governor’s most consequential acts.

Abbott has to watch the erratic pronouncements of a president who retains an astonishing amount of credibility with his base. But the governor has an impressive amount of political capital with that base in Texas. Despite their seemingly indestructible allegiance to Donald Trump, those Texas Republican voters also see the virus as a serious threat. Abbott’s actions in the next few days and weeks will reveal how much of that political capital he is willing to spend in the name of public health.