WHO: Threat of a coronavirus pandemic 'very real' 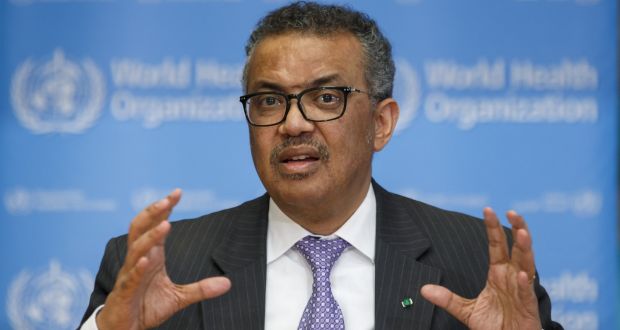 But he projected some optimism, arguing it would be the “first pandemic in history that could be controlled.”

There are more than 100,000 reported cases of COVID-19, the disease caused by the coronavirus, in 100 countries, according to WHO.

Still, Tedros said, it is an “uneven epidemic at the global level” because 93 percent of cases are from four countries. WHO guidelines define a pandemic as a worldwide spread of a new disease.

He said there are still things countries can do to slow down the virus and prevent infections.

“We are not at the mercy of this virus,” Tedros said.

Countries should continue finding and testing cases, isolating patients and following their contacts to stop the disease from spreading globally.

The U.S. response has been plagued by testing delays, with the Centers for Disease Control and Prevention (CDC) only testing about 1,500 since the first cases were identified here in January. The CDC now says public health labs have the capacity to run 75,000 tests.

Meanwhile, a private manufacturer expects to ship about 2 million tests to commercial labs by Monday, and testing of suspected cases is expected to pick up in the coming days and weeks.

There are more than 603 confirmed cases of the virus in the U.S., including outbreaks in Washington and California, according to an online tracker by Johns Hopkins University.

Countries with community transmission could consider closing schools and canceling mass gatherings, Tedros said. Some school districts and universities in the U.S. have canceled classes or moved to an online format.

Most countries have sporadic cases or "defined clusters," he said.

"As long as that’s the case, those countries have the opportunity to break the chains of transmission, prevent community transmission and reduce the burden on their health systems," he said.