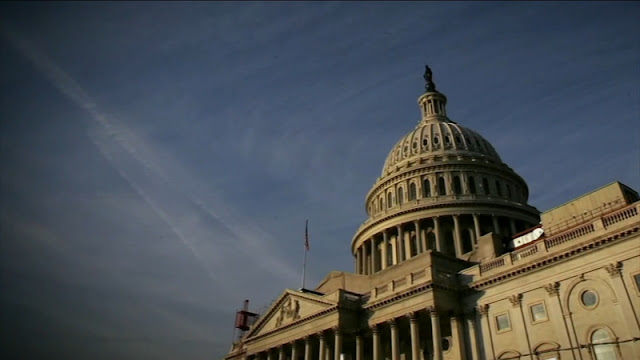 The White House and Senate leaders reached a deal early Wednesday morning on a massive stimulus package they hope will keep the nation from falling into a deep recession because of the coronavirus crisis.

The revamped Senate proposal will inject approximately $2 trillion into the economy in the form of tax rebates, four months expanded unemployment benefits and a slew of business tax-relief provisions. The deal includes $500 billion for a major corporate liquidity program through the Federal Reserve, a $367 billion small business rescue package, $130 billion for hospitals and $150 billion for state and local governments.

“At last we have a deal. ... the Senate has reached a bipartisan agreement," McConnell declared during a speech on the Senate floor after 1:30 a.m.

The GOP leader pledged that the Senate would pass the package later in the day Wednesday.

“This bill is far from perfect, but we believe the legislation has been improved significantly to warrant its quick consideration and passage,” he said.

Schumer kept in close touch throughout the process with Speaker Nancy Pelosi (D-Calif.), who introduced her own $2.5 trillion bill Monday.

"Ladies and gentleman, we're done. We have a deal," Ueland told reporters, breaking the news after one of the final meetings in McConnell's office after midnight Tuesday night.

Mnuchin said early Wednesday morning that Trump was "pleased" with the deal and urged Pelosi to take up the Senate bill and pass it without changes.

Pressed if that meant Trump would sign it if it reaches his desk in its current form, he added: "Absolutely."

Congress is under intense pressure to quickly pass the deal and reassure both the markets and an American public rattled by the spread of the coronavirus, with the United States having more than 55,000 confirmed cases as of Tuesday night, according to John Hopkins University.

The deal hammered out by negotiators creates an inspector general and oversight committee for the corporate assistance program, similar to what was done for the Troubled Asset Relief Program of a decade ago, according to a senior administration official.

It will also provide $25 billion in direct financial aid to struggling airlines and $4 billion for air cargo carriers, two industries that have taken a big hit in the economic downturn. If airlines accept a grant or a loan, they will have to agree to restrictions on key issues like executive compensation and stock buybacks, the senior administration official said.

Senate Republicans on Tuesday were characterizing the direct assistance as “snap loans” instead of grants, to avoid the stigma of the proposal being called a bailout, but it has yet to be determined how the government would be compensated.

The deal comes two days after talks appeared to unravel when Democrats accused Republicans of walking away from negotiations and drafting the bill on their own. Schumer and Pelosi announced early Sunday afternoon that there was no agreement after they met with Mnuchin, McConnell and House Minority Leader Kevin McCarthy (R-Calif.) in the Capitol.

But Schumer and Mnuchin met at least five times Monday as they worked until midnight. Mnuchin was back in the Capitol at 9:30 a.m. Tuesday, when he and Meadows, President Trump’s next chief of staff, met with McConnell before restarting his shuttle diplomacy with Schumer.

And Pelosi appeared cautiously optimistic on Tuesday that the Senate would reach a deal that could also get support in the House.

"I'm optimistic that we can get something done. I've praised Chuck and Senate Democrats for staying for staying strong," Pelosi told MSNBC's Andrea Mitchell. "We've been working together in terms of the policy issues there, great progress has been made."

But the days-long talks weren’t without plenty of drama. Tempers flared when the discussions hung up on disagreements over the length of unemployment assistance, restrictions on executive pay and stock buybacks and a Democratic push to require distressed corporations that accept taxpayer assistance to keep workers on payroll.

Republicans were furious when the negotiations dragged past McConnell’s stated goal of passing a bill on Monday and Democrats twice blocked procedural motions to move on to a largely GOP-drafted stimulus plan. Democrats temporarily blocked Republicans from speaking on the Senate floor, a tactic Sen. Tom Cotton (R-Ark.) could be overheard calling “complete bull----.”

“Are you kidding me?” a visibly enraged McConnell asked from the Senate floor.

Still, as Monday wore on, Schumer kept hopes of a deal alive. The Democratic leader told members during a conference call that he expected to reach a deal with Mnuchin. They both stressed as they left the Capitol around midnight, and hours later when they returned, that they expected a deal on Tuesday.

“We’re looking forward to closing a bipartisan deal today. The president wants us to get this done today,” Mnuchin said.

The final stages of the negotiations focused on putting conditions on corporate loans backstopped by the Treasury Department and Federal Reserve, such as restricting executive compensation and stock buybacks for companies that take taxpayer-funded assistance, according to an aide familiar with the talks.

A last-minute fight over the Supplemental Nutrition Assistance Program (SNAP) cropped up as an 11th-hour issue on Tuesday after Pelosi said that a deal for a 15 percent increase in funding was taken out of the bill. A boost in food assistance money is a top priority for progressives in her caucus and members of the Congressional Black Caucus (CBC).

How to address federal student loans, paid sick leave and worker safety standards—three priorities for Democrats—were still unresolved hours before the deal was announced, according to a source familiar with the talks.

And both sides accused the other of trying to get unrelated provisions in the bill, which could be the final major piece of legislation Congress passes for months.

Republicans accused Democrats of trying to include increased fuel emissions standards for airlines and expansion of wind and solar tax credits, while Democrats homed in on a provision in a draft circulated Sunday that would have blocked non-profits who receive Medicaid, like Planned Parenthood, from the previous coronavirus package from receiving Small Business Administration assistance under the stimulus package.

One of the thorniest questions of the talks was how to deliver relief to the battered airline industry, whose representatives burned up the phone lines over the weekend and Monday calling senators.

“They’re calling everybody,” one Democratic senator said of the airlines’ intense lobbying push for direct grants in addition to loans.

Hundreds of billions of dollars in buffer capital for the Treasury Department will allow the Fed to hand out an additional $4 trillion in loans to distressed companies such as U.S. airlines and Boeing, the nation’s leading airplane manufacturer. Their stocks have been hit the hardest in the recent stock-market selloff that had erased the gains made since President Trump took office.

The Fed loan program, which Democrats bashed as a corporate bailout program and Mnuchin’s “slush fund,” was one of the biggest sticking points during the late rounds of the negotiations.

Republicans argued the Treasury Department needed $500 billion to help the Fed inject enough liquidity into the economy, while Democrats were enraged over a provision they said would let Mnuchin provide loans and guarantees and then wait six months before disclosing who got the assistance.

Sen. Joe Manchin (D-W.Va.) touted that Democrats were able to get “better oversight,” including that “you can’t just … go ahead and give all your corporate executives, based on the back of the taxpayers, free carte blanche.”

Some of the nation’s biggest companies could face bankruptcy without federal intervention.

Other major areas of disagreement were over how long to provide beefed-up unemployment benefits, how much to spend on hospitals and health care providers, and how much to provide to cash-strapped state governments through stabilization funding.